In the magical world of Harry Potter’s Hogwarts, wizards obsess over the sport of Quidditch — a game with wizards flying on brooms trying to throw a ball through a group of hoops high in the air.

In a world with foods named Bertie Bott’s Every Flavour Beans, games like Quidditch and teams called Gryffindor and Hufflepuff, ASU elementary education junior Ella Featherstone could be mistaken for a character with her Pottermore-appropriate name alone.

Featherstone is a member of ASU’s Quidditch team, where students have adapted the fictional game into a real sport. 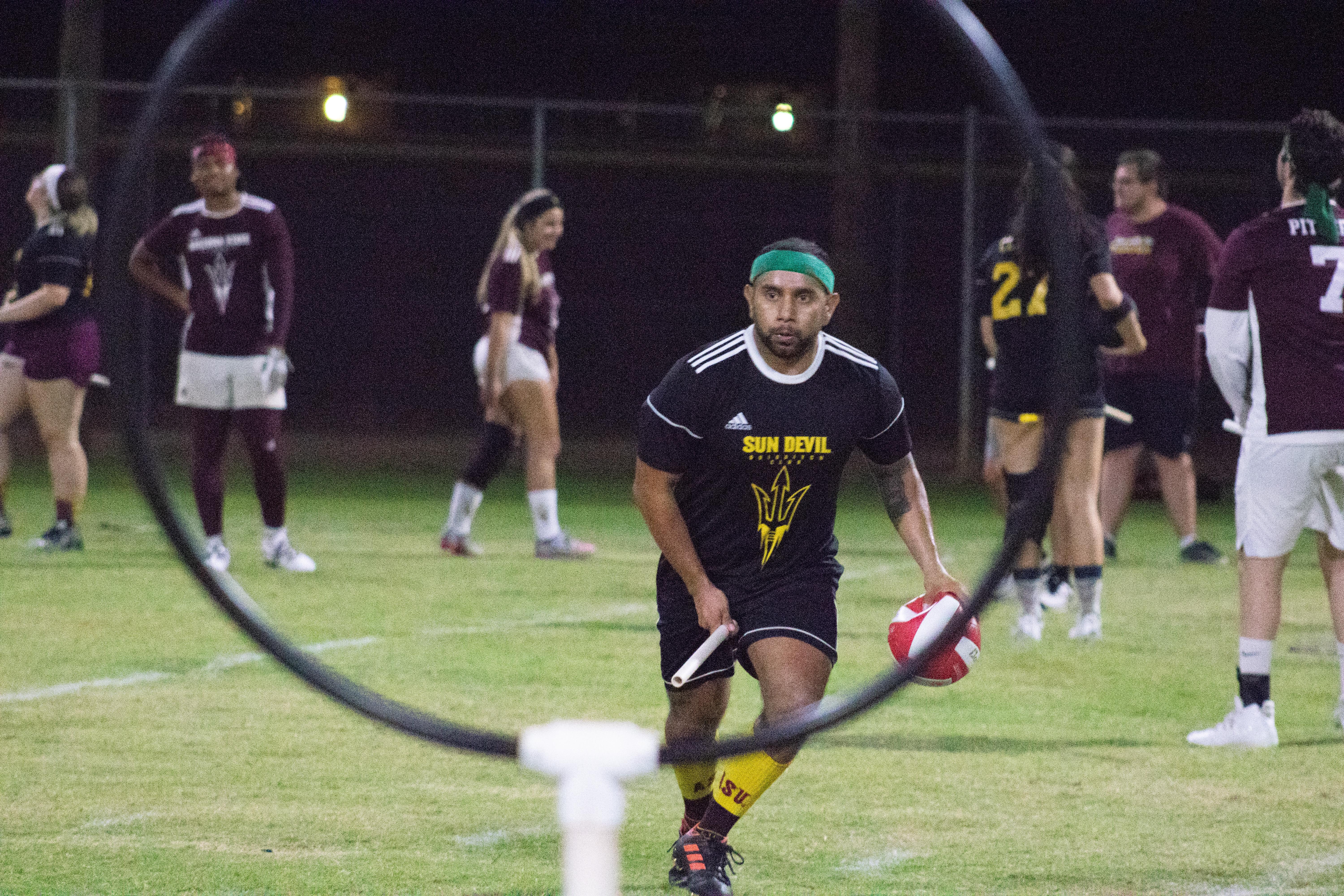 Dave Beans, a keeper on the ASU Quidditch team, at one of the team’s twice-weekly practices.

“Whenever you first see what’s going on, you think it’s a little bit ridiculous,” Featherstone said, “with everyone running around on PVC pipes in the middle of a field at 9 o’clock at night.”

The team plays on PVC pipes instead of brooms at their twice-weekly practices, running with pipes between their legs at all times. They’ve also had to make a few other changes to the game to make the magic come to life, such as turning the “snitch,” a flying gold ball that wins the game for the team who catches it, into a real person — because it’s hard to make a tennis ball fly on its own.

At Hogwarts, catching the snitch ends the game automatically, but at ASU, it’s 30 points for the catching team; 10 points are earned when the main ball is tossed through the goal.

On the field at any time are one keeper (a goalie), three chasers (offense), two beaters (defense) and one seeker — a nimble runner whose sole task is to chase down the snitch.

With the mix of positions, the team has a position for each type of athlete. The team’s president said that they get players from all sorts of sports backgrounds, from soccer and volleyball to football and softball.

Michelle Coen, a global health junior and the team’s president, pressed that regardless of the whimsical jargon, hoops and PVC pipes, Quidditch is a sport like any other. 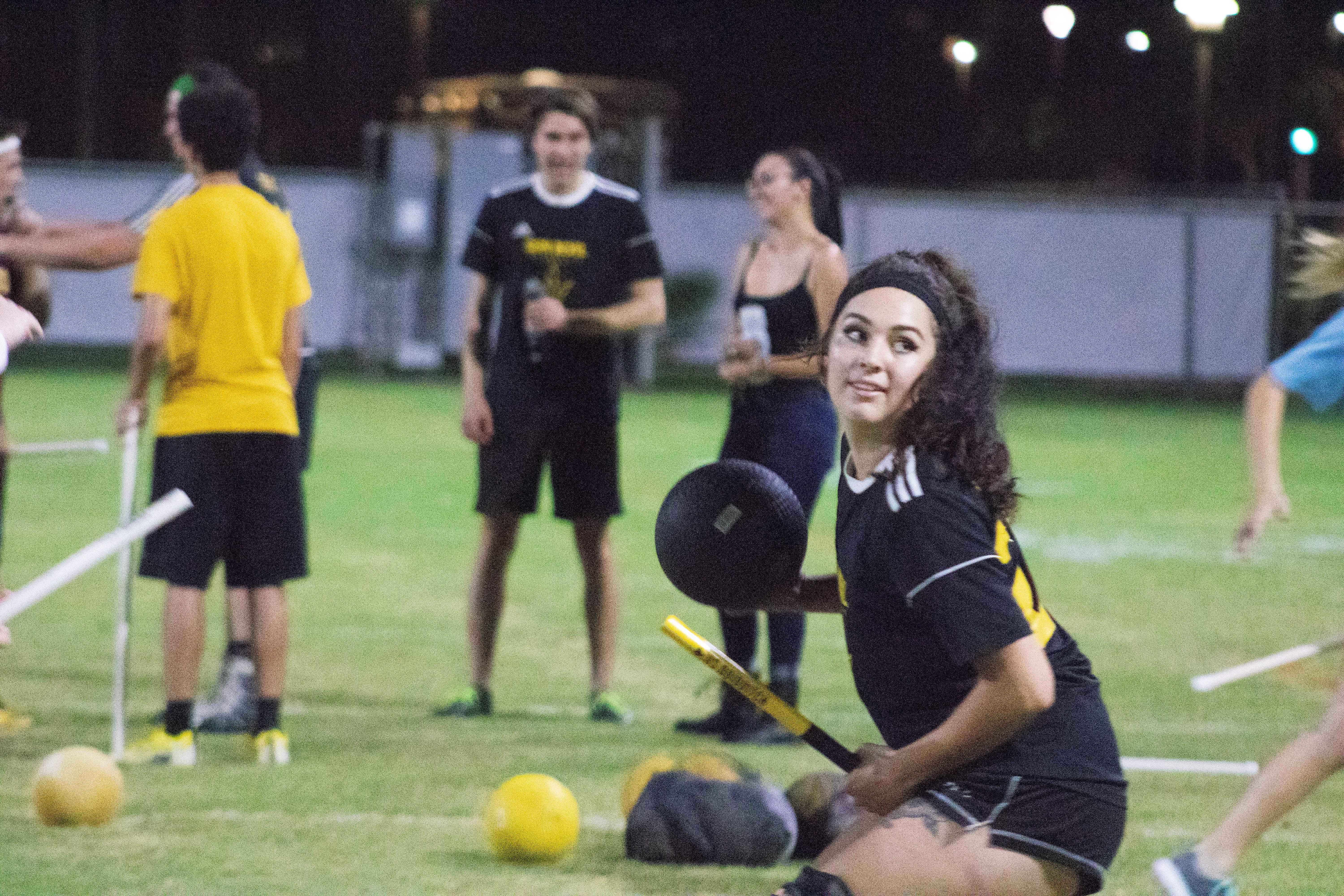 Amanda Clarke plays as a beater on the ASU Quidditch team, a defensive position in which beaters throw balls — bludgers — to throw off players from the other team.

ASU’s Quidditch team does more than have fun: They win. The team has made it to regionals every year since 2011, which they won two years ago and earned second place in last year.

But on and off the field, win or lose, Coen said the real reason why the beaters, keepers, chasers and seekers stay is for the connection the teammates have together.

“I joined because I liked Harry Potter and I was athletic in high school,” she said. “But I stayed because I made a family of people who I can depend on for anything.”