Home / Clubs & Organizations / I am ASU: First-generation college student uses education to make an impact on others

I am ASU: First-generation college student uses education to make an impact on others

Vanesa Contreras Rodriguez is a first-generation college student and senior studying entrepreneurship at Arizona State University. But her educational journey started when she was a young girl.

Rodriguez first came to the United States with her mother, father and older brother when she was 5. Her parents decided to move from Mexicali, Baja California, to pursue educational opportunities and financial security in Arizona.

“We lived in an apartment in westside Phoenix, and from there that’s where I had to learn English,” Rodriguez said. 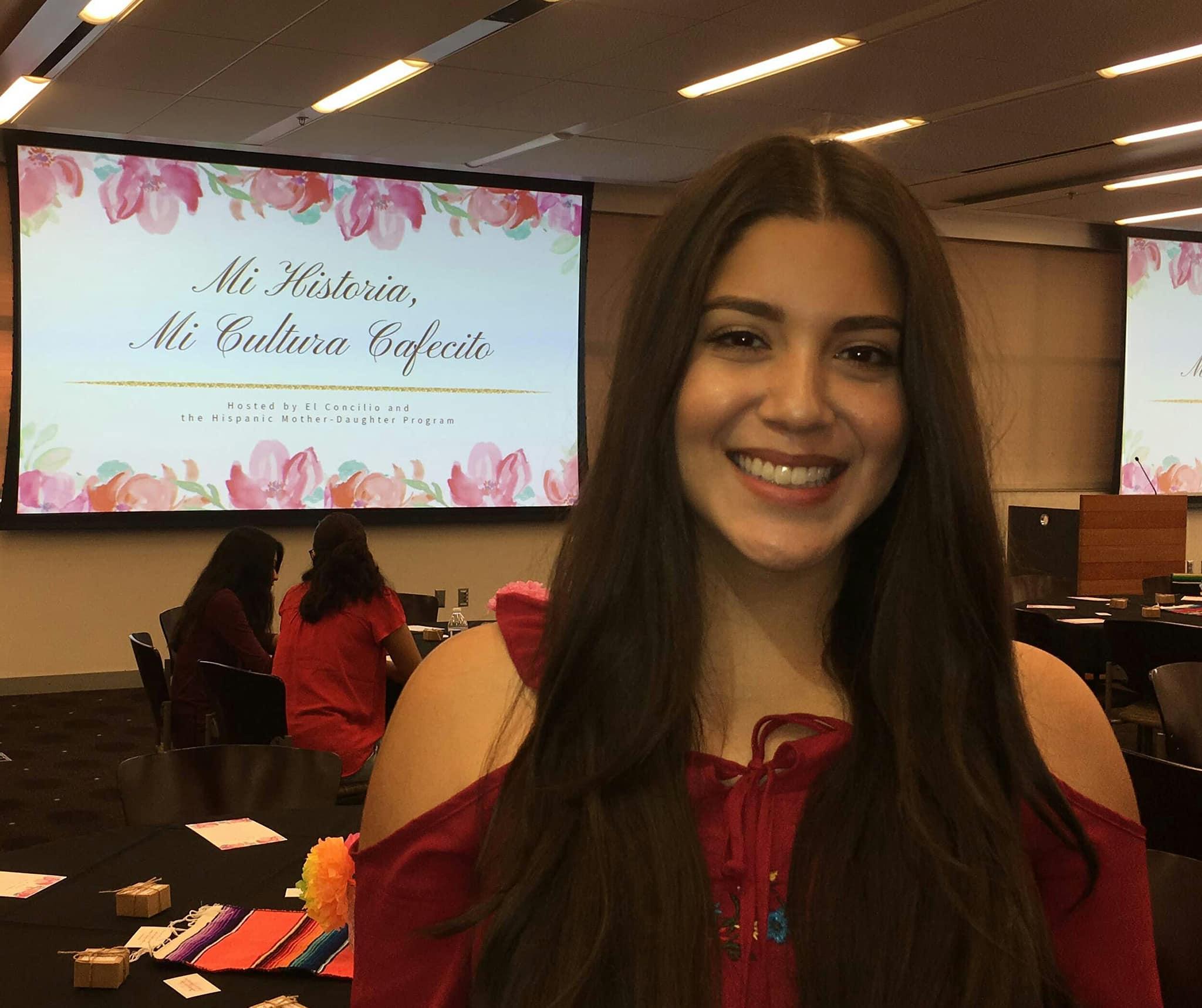 She said she learned English in kindergarten with her youngest cousin.

“It was a lot of bickering. There was no sense to our English whatsoever, but once I got through kindergarten it was easier from there,” she said. “I’ve always been very in tune with my academic skills, and my parents have always pushed me to really focus on my academics, because in Mexico we didn’t have that opportunity.”

Rodriguez says that her parents always told her that if she went to college, she would be able to not just provide a better life for herself but also for her family.

Now, education is a common topic in her household, especially with her younger brother, who Rodriguez said is one of her biggest inspirations.

Rodriguez said, “At the dinner table, we talk about what happened at school, the good and the bad, how we would fix it, because a lot of what we care about is just not only our own family, but helping others see that if we can do it, they can do it.”

Rodriguez carries the idea of helping others over to her academics at ASU through her work in El Concilio, a coalition on campus of Latinx, Chicanx and Hispanic student organizations at ASU.

“I started being involved in El Concilio my freshman year through their Hispanic Heritage Month committee,” Rodriguez said.

This year, she decided to run for the executive board.

She runs the internal operations of the coalition to ensure that the executive board has the necessary resources available to create an impact on campus.

Rodriguez says El Concilio is her niche and that she knew she had to become a part of the group once she heard about the impact they were creating for students like herself. Part of creating that impact involves her work in fostering other first-generation students.

“First-generation students to me is like the livelihood of everything that I do,” Rodriguez said. “I believe that with a strong foundation, that [foundation] being education, students are able to do whatever it is they want to do.”

This year, Rodriguez also became involved with ASU's Hispanic Mother-Daughter Program, an early outreach middle and high school program designed to increase the number of first-generation Arizona students who are qualified and prepared to enroll at ASU through direct family involvement.

Rodriguez says she wanted El Concilio to partner with an organization on campus that catered specifically to young Latinas.

That inspired her to create an event called Mi Historia, Mi Cultura Cafecito, a resource fair that was presented earlier this fall to help bridge the gap between current high school students in the HMDP and student leaders at ASU.

Rodriguez said, “We had very intentional dialogue about what it meant to be Latina.”

The discussion involved how education could further support their community.

Once she graduates, Rodriguez says she wants to work for Teach for America, a nonprofit organization that enlists future leaders to grow and strengthen educational equity. She would like a TFA teaching assignment at a school in the West Valley where she grew up.

For Rodriguez, being a part of the Latinx community is all about family.

“Everything that the Latinx community centers around is family or food,” she said. “To me, my family has been a very integral part of where I’m at.”