To any Zillenials out there, y’all remember that line? “True Jackson VP” was a show on Nickelodeon that perfectly sums up Greg Carnesi’s experiences in his vice presidency at Active Minds, a student organization at ASU that works to destigmatize mental health issues.

“It’s a similar story actually. True Jackson is selling sandwiches off the street, and this CEO of this company just says, ‘Hey want to be my vice president,” Carnesi said. “So that was how I ended up as vice president of Active Minds at the second meeting I attended.”

That was a few years ago, but if this is seeming a little abrupt, let’s break down Carnesi’s background. A junior psychology major, philosophy minor and now president of Active Minds, Carnesi has had personal experience with mental health challenges. There are certain things we don’t become ashamed of until our environment teaches us to be ashamed of them. Carnesi’s mental health was his ‘certain thing.’ 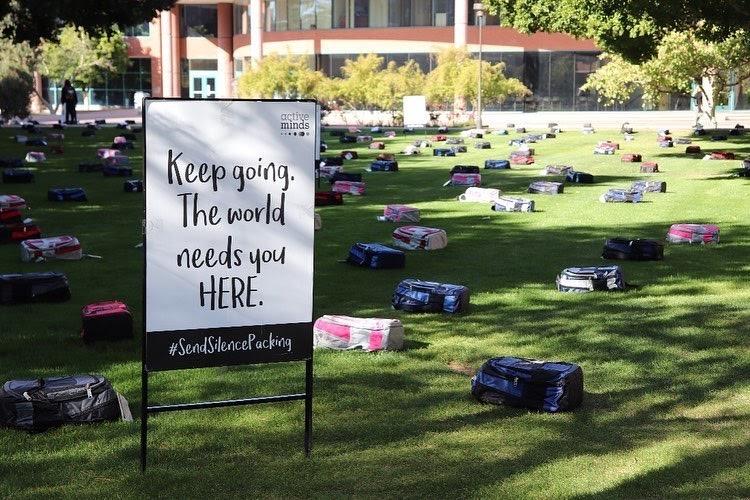 “Mental health has been this recurrent theme running throughout my life, and I was actually pretty open about that until high school, where I unfortunately had a mental health crisis,” Carnesi said. “I had that used against me by my peers; I was the source of a lot of rumors and gossip as a result of my mental health, and I was kind of ostracized because of that.”

If the human brain was only allowed to remember two occurrences, it would be the moments that make us and the ones that break us.

“I think a direct quote is people didn't like to hang around me because I was sad,” he said.

These years where Carnesi became what he described a “social pariah” didn’t just reshape his outlook on his mental health but his outreach in mental health awareness as well.

“I got into college, and I kind of resolved not to talk about my mental health.”

Though his experiences had become negative, Carnesi didn’t let stigma completely push him away from the movement.

“I immediately started working with counseling to help with their Devils 4 Devils program,” Carnesi said.

Devils 4 Devils is a student-led community for training, outreach and engagement to encourage empathy and emotional well-being at ASU and beyond.

“It was still a passion of mine, and it was a way that I could work in mental health but also be impersonal about it and not have to talk about my experience; I was very ashamed of my own experiences.”

Carnesi’s mom worked with Active Minds through the National Alliance on Mental Illness Valley of the Sun. That combined with ASU Counseling Services Assistant Director Carrie Monica’s encouragement inspired Carnesi to start to open up his approach to mental health awareness. After observing the Send Silence Packing sucide awareness and prevention exhibit at ASU in spring 2020, Carnesi was signed, sealed and delivered.

The then-president of Active Minds recruited Carnesi for the presidential position he’s in now. Soon he’ll have to start the same process. In February of last year, Carnesi and Active Minds ASU hit the ground running! But all momentum was halted after the pandemic began.

Though Carnesi feels he was “robbed of the proper presidency,” Active Minds has been able to virtually foster support for students struggling through the “dead sprint” that has been the spring 2021 semester. He’s been recommending the very thing he has to remind himself of.

“I think the number one thing that has kept me sane through all this is having grace,” Carnesi said. “The thing about this pandemic is that it’s interrupted so many lives, so if you feel like you're inadequate or you're unable to do as much as you want to, know you’re not alone and know that that’s OK.”