The Disability Resource Center’s commitment to meeting students’ needs and providing a safe and welcoming atmosphere has made an impact on many Sun Devils. For graduate student Chellis Hall, 35, the DRC at Arizona State University was the gateway to a college career full of learning and growth. 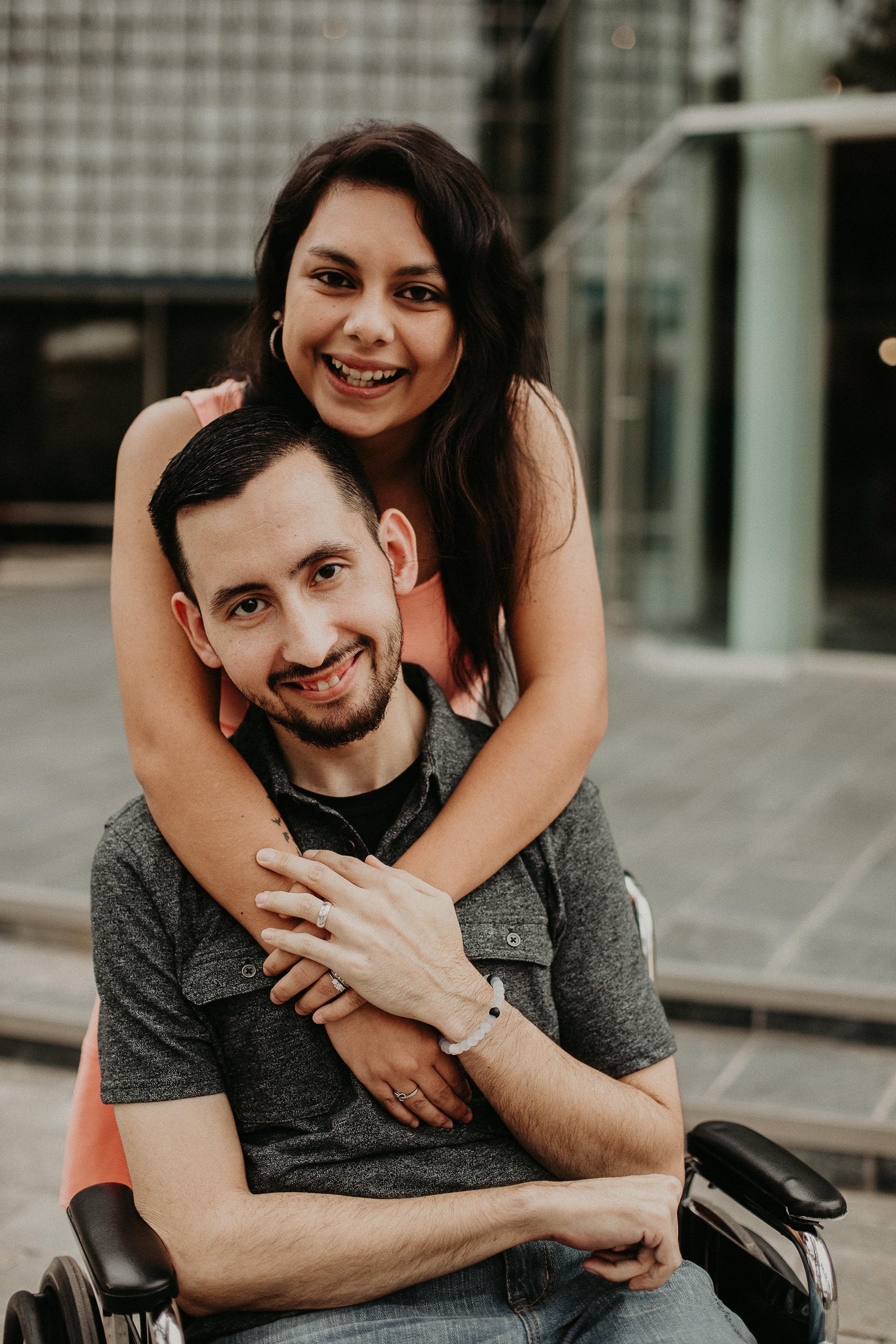 Chellis Hall and his partner, Kylie

With two ASU undergraduate degrees — one in psychology and another in family and human development — under his belt, Hall is on his way to getting his master’s degree in social work.

Hall’s academic success wasn’t always a given. There was a point in time when doctors believed he would not live to see another day. After a work-related back injury in 2009, Hall developed an addiction to his prescribed pain medication. When he ran out, Hall decided to ask a trusted family member (who had similar back pain) for some of their medication.

“I later found out he had given me Methadone, a very powerful controlled drug,” Hall said.

He had an accidental overdose that led him to stay in the hospital and a nursing home for over six months.

Eventually, Hall was able to stay in a rehabilitation center to start his recovery process.

“It was hard relearning everything, from feeding myself to dressing myself and eventually walking,” he said.

Hall can only walk short distances with the help of a walker but uses a wheelchair to get around campus. His injuries allowed him to realize he was meant to pursue a career helping others.

“My goal in life is to help people who have addictions because of my personal experience with a drug addiction,” Hall said.

He started his postsecondary education at Mesa Community College, where he earned his associate degree in psychology in 2015.

Hall discovered the DRC through his community college advisors. They directed him to ASU because they knew he would get the resources he needed to succeed as he furthered his education.

“I knew from my experience at MCC that I could not make it without help, which was really hard for me to admit,” Hall said.

His transcripts and information were sent over to ASU and everything was set up and ready for Hall to ensure that he could take all his tests and communicate with his professors.

Hall said the DRC not only gave him confidence to pursue his education but also offered him a place to work.

For more than a year, Hall has worked as a testing proctor for the DRC. Before that, he worked as a lab aide. He also has an internship and is in an independent research study.

Hall said he is thankful that the DRC was there to guide him through his educational journey.

“Just reach out,” he said. “The DRC helped me learn how to ask for help,” he added.

Hall also has his partner Kylie to thank for his college success. She has served as his supporter and motivator throughout his journey.

“I would be lost without her. She is my rock,” Hall said.

His success has come with challenges. Hall said he is grateful to the DRC for helping him every step of the way.

“My advice to every ASU student is to just surround yourself with people who love and want the best for you and never ever give up. I have failed a few times in my life, but I have learned more from those few failures than from all my accomplishments combined,” Hall said.

Hall is looking forward to pursuing a doctorate degree while being a role model to his partner and three kids.

“I believe the only obstacle in our lives is ourselves,” Hall said.