ASU senior Miranda Williams doesn’t shy away from what is gritty about life. And that unflinching worldview is earning her praise for her literary work.

Williams is a senior at ASU majoring in English literature. An incredibly talented writer, Williams also recently earned second place for fiction at the 2019 Swarthout Awards for her short story, “The Gardener’s Son.”

ASU’s Swarthout Awards in Writing were established in 1962. They’re financially one of the top creative writing prizes in the country for undergraduate and graduate students.

Williams began writing two years ago, when she had to take a lower division creative writing class for her major. At first, she was a bit skeptical as to whether writing was for her.

“I didn’t think I had the ability to be creative or to form a whole world on my own, then. However, I am so incredibly glad that I did take the class because it introduced me to a life-long love for writing, a community of people who I couldn’t be more thankful for, and professors — Jeremy Broyles and Amy Lerman — who inspire me to continue writing every day.” 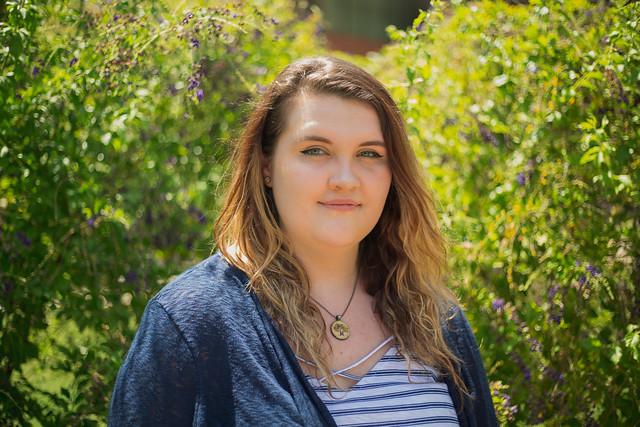 “The Gardener’s Son” takes place in a small town in rural Texas. The story is told through the eyes of Elijah, the teenage protagonist, whose father is arrested for sexually assaulting a young girl.

“This occurrence in Elijah’s life alters how he interprets sex, religion and family. With this story, I wanted to heavily focus on the setting and marry it to the theme of sex. I also hoped to illustrate how a horrific event affects not just the victim or perpetrator of the event in question but the family and to an extent the community of those involved as well.”

“The Gardener’s Son” was inspired by Miranda’s stepfather’s arrest for a similar crime and a small town in Texas that Miranda remembers from her childhood.

“I remember going to a church there in the middle of nowhere, and I felt out of place because I didn’t know everyone there. You would see the same people everywhere. That town, though I haven’t been to it many times, has always stuck in my mind. There was ... a sense that everyone who lived there was the same. This feeling was the inspiration for my protagonist’s primary fear: that he would become exactly like his father. This setting, I felt, was optimal for the subject matter and conflicts of the story.”

Williams’ favorite thing anyone has ever said to her was that she “writes the stories no one else wants to write.”

“I enjoy writing atrocities, whether that is from a small scale — the gritty, disgusting details no one wants to recognize or remember — or a larger one — the awful events that perpetuate humanity. It sounds bleak, but because bleakness exists in this world, it must be shared, and I don’t mind being the one to share it.”

Currently working on her first novel and her first short story collection, Williams said she plans on attending an MFA program for fiction and becoming a creative writing professor.

“Right now, I’m working on my adult contemporary novel, How to Speak with Trees, a coming-of-age story that chronicles the life of a teenage transcendentalist. I would describe it as a mix between The Perks of Being a Wallflower and The Glass Castle. Additionally, as I continue to publish my pieces of short fiction in different journals and magazines, I hope to release a collection of stories tentatively titled Decay.”

Williams believes that humans are natural storytellers and that storytelling is so incredibly important and meaningful in the world we live in.

“There are so many hidden crevices of the world to be explored, universes that exist only in the minds of others until they are shared. Storytelling is important because it allows us a multitude of lives. We can discover and experience places we never would have been, understand people a little better, and understand ourselves a little better. Everyone has a story that wants and deserves to be told, but one has to decide for themselves how to tell it. In my case, writing is the outlet. Writing and storytelling has the ability to change us, move us. Or, from a less poetic standpoint, storytelling at least makes us all a lot less bored.”