It’s the end of summer, but it won’t be the end of travel for the more than 2,000 students who take advantage of study abroad programs during the school year, both during the semester and during school breaks.

For most ASU students, the start of the semester involves a typical classroom setting, thinking about upcoming final exams and beating the heat of Arizona. But for some students it’s about finding their way around in a new country.

A semester spent speaking Spanish and Catalan, walking past the Sagrada Familia, eating paella and getting out of her comfort zone made up only part of Tatum James’ spring 2019 semester. A rising senior double majoring in global studies and Spanish linguistics, James studied abroad in Barcelona, Spain, at the Universitat Autónoma de Barcelona.

“When I took my first trip to Europe at 16 years old, I traveled all around Spain. Of all the cities I visited, Barcelona caught my eye the most,” James said. “I adored its unique architecture, the Catalan culture and Mediterranean lifestyle. As I left for the states, I promised myself I would study abroad there one day.” 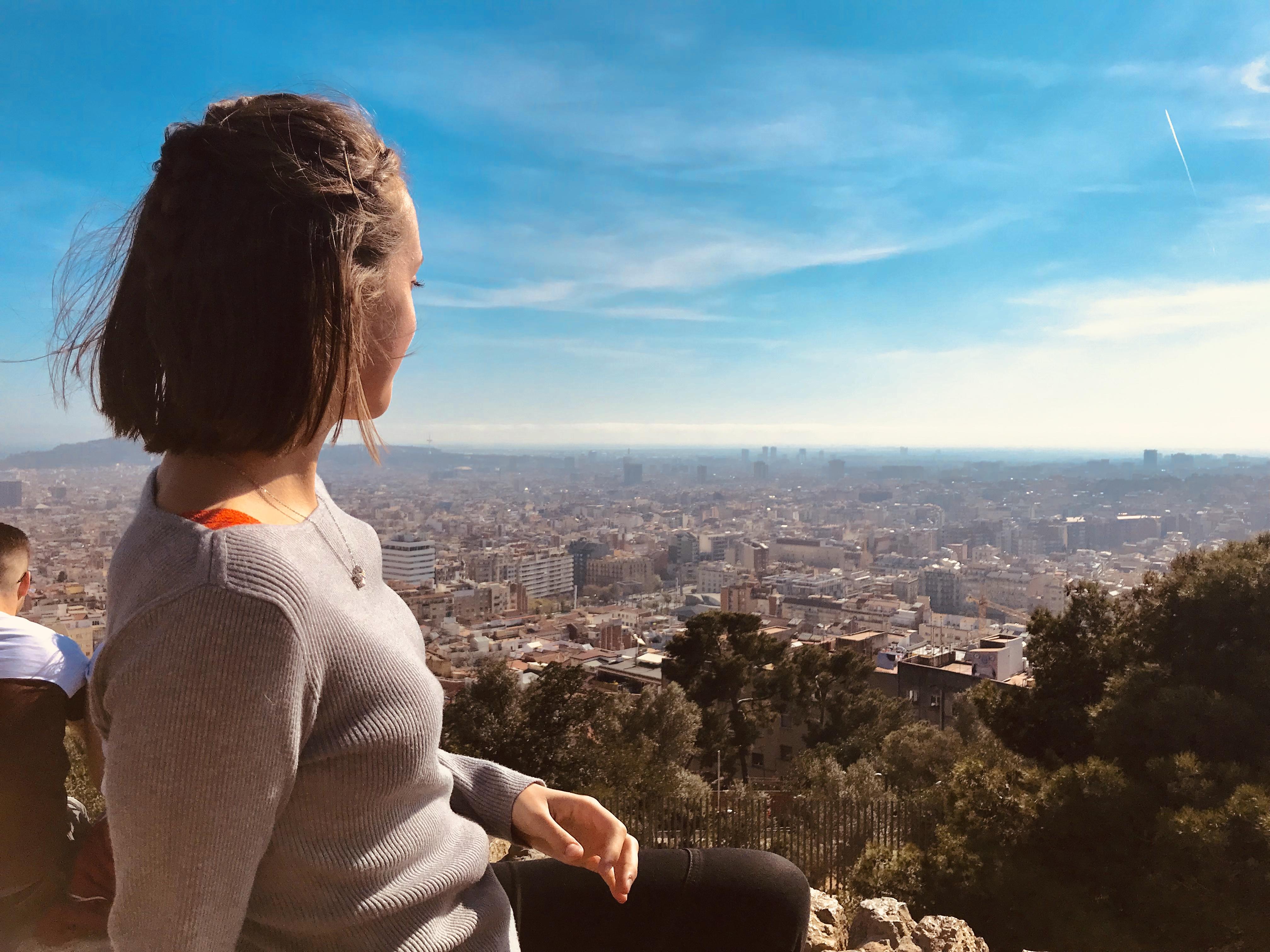 Tatum James looking over the city of Barcelona in Park Güell

Hearing about the Gilman Scholarship from the Office of National Scholarship Advisement, James realized her dreams to study abroad could come true as a first-generation college student. When she found out she had been chosen as a recipient, she saw the path to study abroad open up before her.

“The day I received the ‘Congratulations!’ email from Gilman is one that I will never forget,” James said.

She had the opportunity to attend the Gilman Scholar Regional Career Summit in Lisbon, Portugal, connecting with foreign service officers, Fulbright Scholars and Portuguese entrepreneurs as well as attending workshops to develop her skills and professional goals.

As part of her scholarship, James also completed a service project. Already having run her own photography business, James wanted to venture further away from her comfort zone. She took on the challenge of video documenting and vlogging. Check out her channel to see her experiences, hear her stories and get some study abroad tips.

Studying abroad proved to be an opportunity for genuine growth for James, pushing her to break out of her typically shy shell. Working on her self-confidence was one of her main goals.

“My study abroad experience was perfect in every way because it challenged me to grow into the much more confident woman I am from here on out.”

There are also study abroad opportunities for shorter programs during school breaks. For spring break in 2019, groups traveled to Baja California, Mexico, Munich, Germany and elsewhere.

Sun Devils who went to Mexico studied sea turtles, sharks, fisheries and emerging topics in marine conservation. For Alexandrine Labban, a recent graduate who studied conservation biology and ecology, the program was a dream come true.

“We were doing all of these amazing things I’ve only ever dreamed of doing,” Labban said. Along with swimming with sharks that were “bigger than my car,” Labban said the group visited El Manglito, a fishing community, to learn about conservation.

She said that she found a new passion in her area of study after interacting with the sea turtles.

“I realized that I wanted to study these animals more,” Labban said. “I was dead set on studying plant biology for graduate school, but after this experience I had to rethink my entire life essentially. I decided that what really drove me as a researcher and what I truly felt passionate about were these marine megafauna.”

Mariah Seigfried, a secondary education major, spent her spring break in Munich, Germany, learning how culture and travel can incite creativity and develop knowledge. The program took her all over the city, and the group also visited the Neuschwanstein Castle, Dachau concentration camp and various museums together.

“This was my first travel abroad experience,” Seigfried said. “Being almost 40, I felt I was able to embrace every single aspect of this experience.”

Even though she earned three credits for the class and program, Seigfried gained more than just academic credit.

“I took this class in order to broaden my horizons as a person,” Seigfried said. “It gave me the ability to experience a culture I had never [seen] before.”

Study abroad experiences happen all year round. Check out the Study Abroad Expo on Aug. 29, and meet with the Study Abroad Office to find your perfect program and find out when it may be your time to go abroad.