Sun Devils host a week of events about women’s health

For all the progress that has been made to ensure women’s health and reproductive rights in the United States and around the world, as the year 2020 draws to a close, there is still more work to do. That’s why ASU student organizations hosted Paint it Pink week Nov. 9–13 at ASU.

Paint it Pink was a weeklong webinar series focused on reproductive health and women’s rights. That's On Period collaborated with the United Nations Association and the Global Women's Health Initiative to bring as many people as possible to the events. The initiative consisted of three webinars focusing on health, advocacy and service. The three groups brought together healthcare workers, advocates and nonprofit organizations. 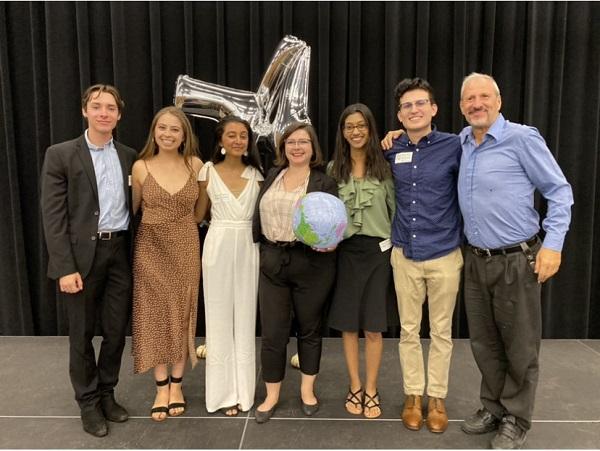 Saiarchana Darira, a third-year student majoring in psychology, global management and social and cultural analysis (peace studies), is the president of the United Nations Association at ASU.

Darira said the events were meant to start and continue very necessary conversations on campus.

“I believe that Paint it Pink will create groundbreaking dialogue around the sectors of reproductive health and women’s rights, both of which are fields that need to be talked about more,” Darira said. “The speakers being invited are some of the most inspiring change makers I have come across in those sectors, and I am so excited to hear the wisdom that they have to share in our Paint it Pink webinars.”

Sahara Rahman, a junior majoring in biological science, is one of the three co-founders of That’s On Period, one of the three organizations who hosted Paint it Pink week at ASU. Nazya Patwoary, a third-year student majoring in psychology, came to her two friends with the idea for That’s On Period after experiencing painful menstrual cramps. She wanted to know why her period hurt so much, so she came up with the idea for That’s On Period to learn more about her body but to also teach others about menstruation.

Patwoary’s biggest focus was to create an open environment to break down the stigma about periods, and that’s when she came to Sabrina Taher and Rahman over the summer to collaborate in making her vision.

“I feel that these webinars are important because we need to learn about our bodies in order to know how to take care of them,” Rahman said.

Rahman believes that a lot of people don't have a lot of knowledge regarding reproductive health, so the friends wanted to put together a week that covered not only health but also the legal and community aspect of it.

Students can keep up with events like Paint it Pink by following That’s On Period on Facebook. Rahman said getting involved can be an invaluable experience for yourself and your community.

“I personally didn’t know much about my body and the rights I had before,” she said. “I have definitely learned a lot of important information this past semester from That's On Period, and one of our missions is to teach others as well as ourselves about these topics.”