A semester is not complete without a constant stream of events created by ASU’s very own student-run Programming and Activities Board. This semester PAB members have gone above and beyond to continue to create events for students despite the challenges brought by COVID-19.

New events being kicked off this fall include the following:

This event connected each participant to a fellow Sun Devil to engage with as a pen pal. This activity was as mysterious as it was social. Participants signed up online to join a pen pal reveal party on Oct. 9 to meet their pen pal. The first 50 people to sign up received a postcard kit with stationery items to make the letter-writing extra special.

Live music hosted by PAB is streamed regularly on Twitch free for all Sun Devils! Students can view the live streams as well as recordings of past shows here. The live music show pop-ups are quite spontaneous but are always announced on the PAB’s main Instagram page, @ASUPAB. Recent performances have featured The Bright Side and Tracing Faces.

That’s right, these Sun Devils aren’t afraid of anything! Scary movies will be available for students to watch in the Pima Auditorium Monday nights at 7 p.m. The in-person event is first come, first serve, and of course social distancing and mask wearing will be enforced. After all, spacing people out will give the ghosts a better chance to scare you. Updates on future Monday Night Movies and information on what movie will be playing can be found here.

There’s nothing like having fun on Friday! Because Friday night events are always changing, the night has been dubbed Friday Night Adventures. Sun Devils who attend these events can expect unique virtual experiences and, well, a new adventure! 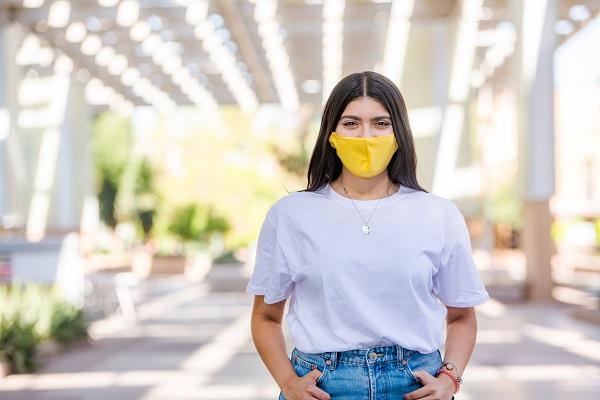 According to Hailey Giles, a junior studying biology and political science and president of ASU’s West campus PAB, many upcoming events are yet to be announced.

Some events to look forward to include a Bob Ross virtual paint night, a Spotify live concert and craft event, an increase in Instagram live events, as well as new and improved seasonal events.

“We are looking to do more larger giveaways as we get deeper into the semester,” Giles added, explaining that giving prizes away is a great way that PAB gets students to engage.

“I think one of the main ways students will benefit is by getting engaged with other students. PAB is planning virtual events this semester so that students can engage with their other Sun Devils and still be a part of the on-campus culture in a safe manner,” Giles said.

According to Giles, many PAB members are living out of state this semester. This has helped the PAB to better understand what may appeal to students who may be living off campus and enables PAB to create better events for students who can only attend virtually.

Sun Devils interested in attending the PAB’s virtual events should look at ASU PAB accounts on Instagram or check Sun Devil Sync, Giles said. “We put everything there; it's super accessible,” she said.

Quinlyn Ashlock, a junior studying elementary education and PAB president of the Tempe campus, explained that although most events are being planned online, some have hybrid options.

“Right now we are planning both hybrid, partially in person, partially online events, as well as all virtual events because students need to have connection with other students in college,” Ashlock said.

Ashlock went on to explain that allowing all students to participate in events virtually is very important to PAB members.

“I think planning these events is one way to keep those students connected and to keep the Sun Devil nation connected through shared experiences. Even if they are online or accessed from different parts of the world,” Ashlock said.

“We’re all in this together, we're not gonna let them not have the same college experience just because it looks a little different. It's important for us to keep our Sun Devil nation together,” Ashlock said.

Students interested in participating in PAB virtual events can expect to meet new people in the ASU community who may be in similar situations, said Ashlock.

“Students should attend virtual events at ASU to meet new people, to continue to get involved, to find something new that they could love,” Ashlock said.

Virtual events offer a different view of your new and old friends and open up new opportunities, said Giles. Giles shared a fun memory of the live-streamed concert performed by Jason Derulo that took place during ASU's summer concert series.

“He had like several zebra blankets and like LED lights but also a fireplace. … It was just a very interesting look into his personal life,” Giles said.

Ashlock also shared a silly moment she witnessed during a PAB event. According to Ashlock, during a "Family Feud" themed game night a fellow PAB member dressed up like Steve Harvey to play the host.

The PAB member even wore a fake mustache, said Ashlock.

“Sometimes it can be goofy and it can feel weird or like class going to these online virtual events. But just go into it with an open mind,” Ashlock said.

More information on PAB events can be found on the PAB website and campus Instagram accounts, @ASUPAB, @ASUPABWEST, @ASUPABDOWNTOWN, and @ASUPABPOLY