As one of the world’s most widely spoken languages, English is a useful skill for students around the globe—and as one of the country’s largest universities, ASU has become a destination for students looking to acquire that skill. 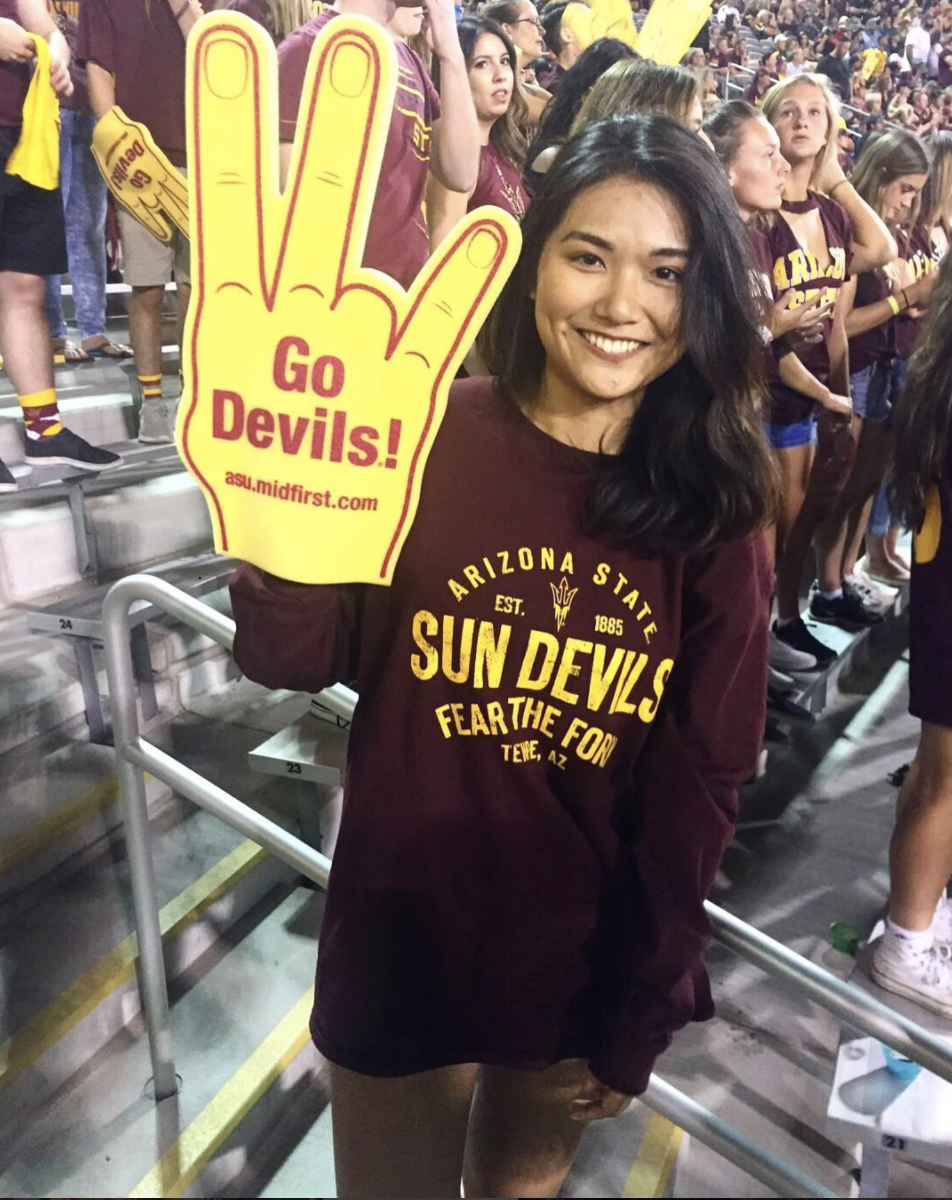 “I want to learn about different cultures and different people, and I need to speak English to do that,” said sophomore Margaret Ting. “When it came to study abroad, America was the first to come to mind.”

Ting was born in the United States, but grew up in Taiwan, where Chinese and Taiwanese are the main languages. “I’m talkative, I like to share everything. That’s my motivation to keep learning English,” Ting said.

Talking and sharing has proved helpful for Ting in her pre-veterinary program of study.

“We talk a lot in class here. In class in Taiwan, we listen to everything passively. But here, we learn everything actively. Everyone can express their different opinions here,” Ting said. “Here, it’s so free and everyone has an open mind. That’s opened my perspective.”

For Ryoya Sakai, an exchange student from Japan, English is also a way to learn about others.

“I realized English has a much more useful power, other than just making new friends. By communicating with (other international students) can learn a lot and expand my perspective,” Sakai said.

“I chose America because of the American dream. I’m very interested in American culture,” Sakai said. “People here are very interesting and they are all so different. America is such a diverse country and that’s very important to me.”

Both Ting and Sakai started at ASU through a program called Global Launch, which teaches English to students from around the world. 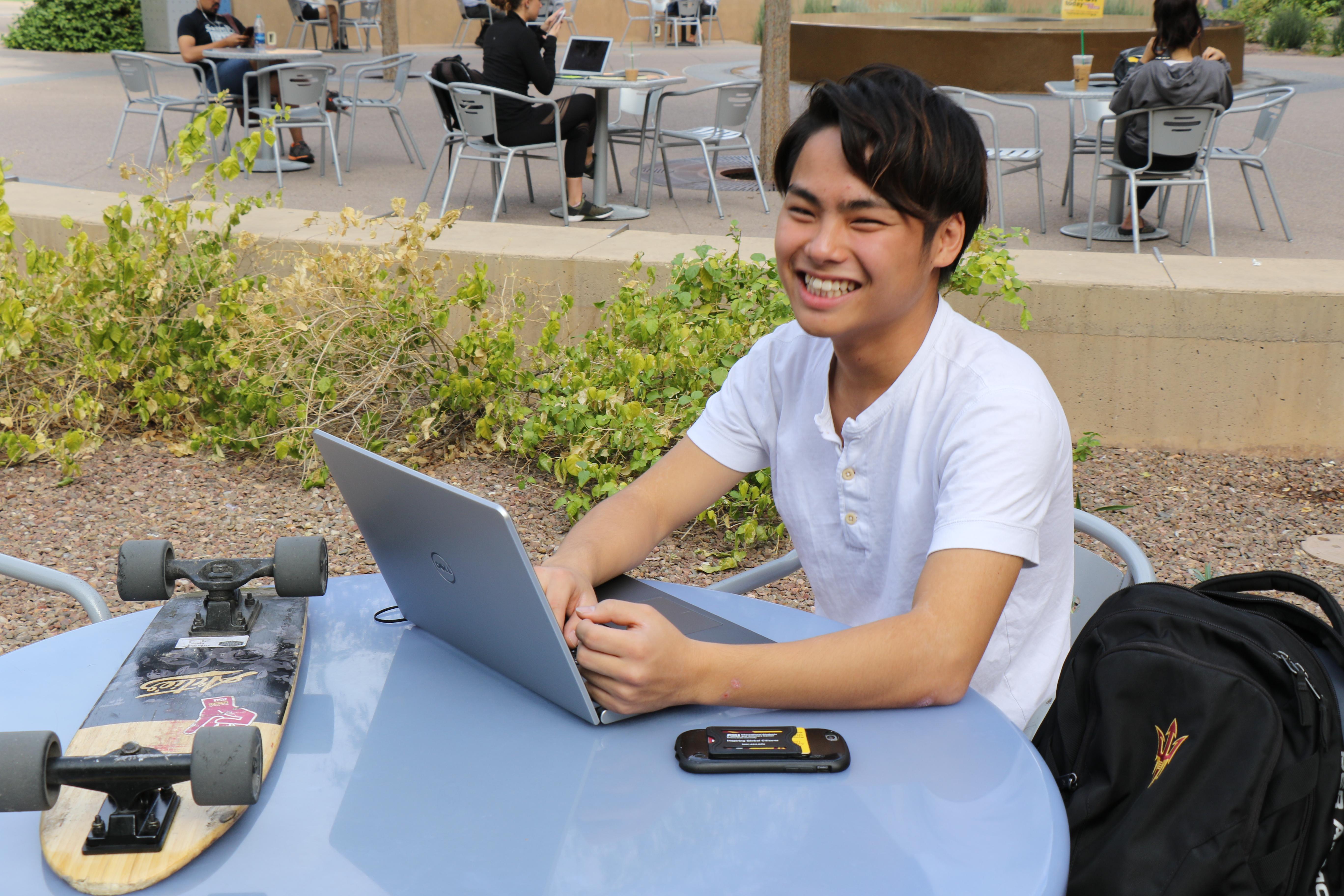 Ryoya Sakai at the W.P. Carey School of Business

“In Global Launch, improving my English was the first step. But I got more than that—I made a lot of friends,” Sakai said. “And my teacher, Gabriel, was so giving. He was like an American father to me.”

Getting involved at ASU helps international students like Sakai and Ting make new connections and improve their English at the same time. Sakai gets involved by playing basketball at the Sun Devil Fitness Complex.

“It’s relaxing for me. When I first came here, I couldn’t speak English well. But I played basketball and made friends with the guys at the SDFC, which helped improve my English,” Sakai said.

Other clubs at ASU help students see more of their new home in the desert.

“I really wanted to explore around Arizona. The outdoors club here gave me that opportunity and I made a lot of new friends in that club,” Ting said.