You may have seen her on the hit Netflix show, “Orange is the New Black.” You may know her name or her character, but what you may not know is her story. 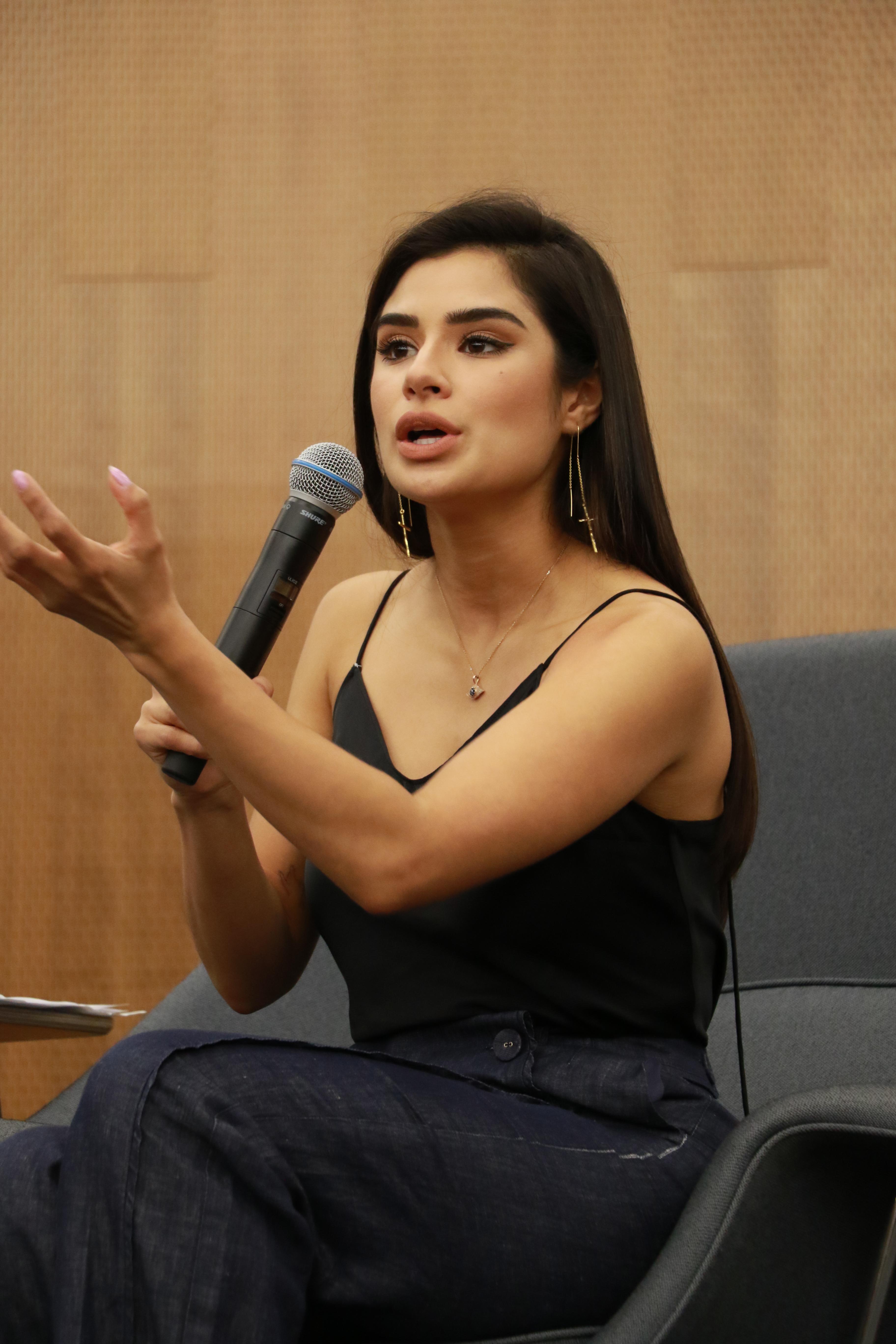 Diane Guerrero was born in the U.S., but her family was not. After coming to America and starting a family, Guerrero’s parents were deported and sent back to Colombia while she was a freshman in high school.

“When my parents were deported, for a long time I felt I needed to hide my story. I felt like if maybe nobody else is talking about it, I shouldn’t either,” Guerrero said.

Speaking to ASU students at the Sparking Democracy event, hosted at the new Student Pavilion, Guerrero expressed her desire for the Latinx community to be more visible, especially through the media, museums and books.

“I had always wanted to be in the entertainment industry, but I put that desire aside for a while to help my community,” she said. “The best way for me to help my community was to follow my desire to become an actor--and be seen. And that’s what I did. As an actor, it’s my responsibility to tell the stories of those who are underrepresented.”

Bianca Arellano, a senior double majoring in global studies and transborder studies, said that Guerrero’s story really resonated with her. “My parents are undocumented, so I was in the same boat as her. My dad was deported when I was 10. It was scary and sad, you don’t really know what’s going to happen,” Arellano said. “Her story is the same story as mine. It’s inspiring to know that I can do it too.”

During the Q&A portion of the event, Guerrero, whose name happens to mean ‘warrior’ in Spanish, was asked if she was still proud to be American despite the current political climate.

“Of course I’m proud to be American. I love what the U.S. stands for. [Being American] is all I know.”

Guerrero urged ASU students to get involved in their communities and to be educated about issues that they are passionate about. “Knowledge is power. We need to continue to educate our kids and our friends,” she said.