The vigil honored lives lost due to violence toward the trans community. Each participant held a candle and walked through campus and around Civic Space Park in silence while holding a poster of somebody who lost their life because of transphobic violence.

At least 22 transgender people were killed in 2018, according to the Human Rights Campaign.

Sisko Stargazer, a junior at ASU who studies film and media studies and identifies as gender fluid, said during the silent walk they felt connected to the idea that this is real. Stargazer’s preferred pronoun is they. 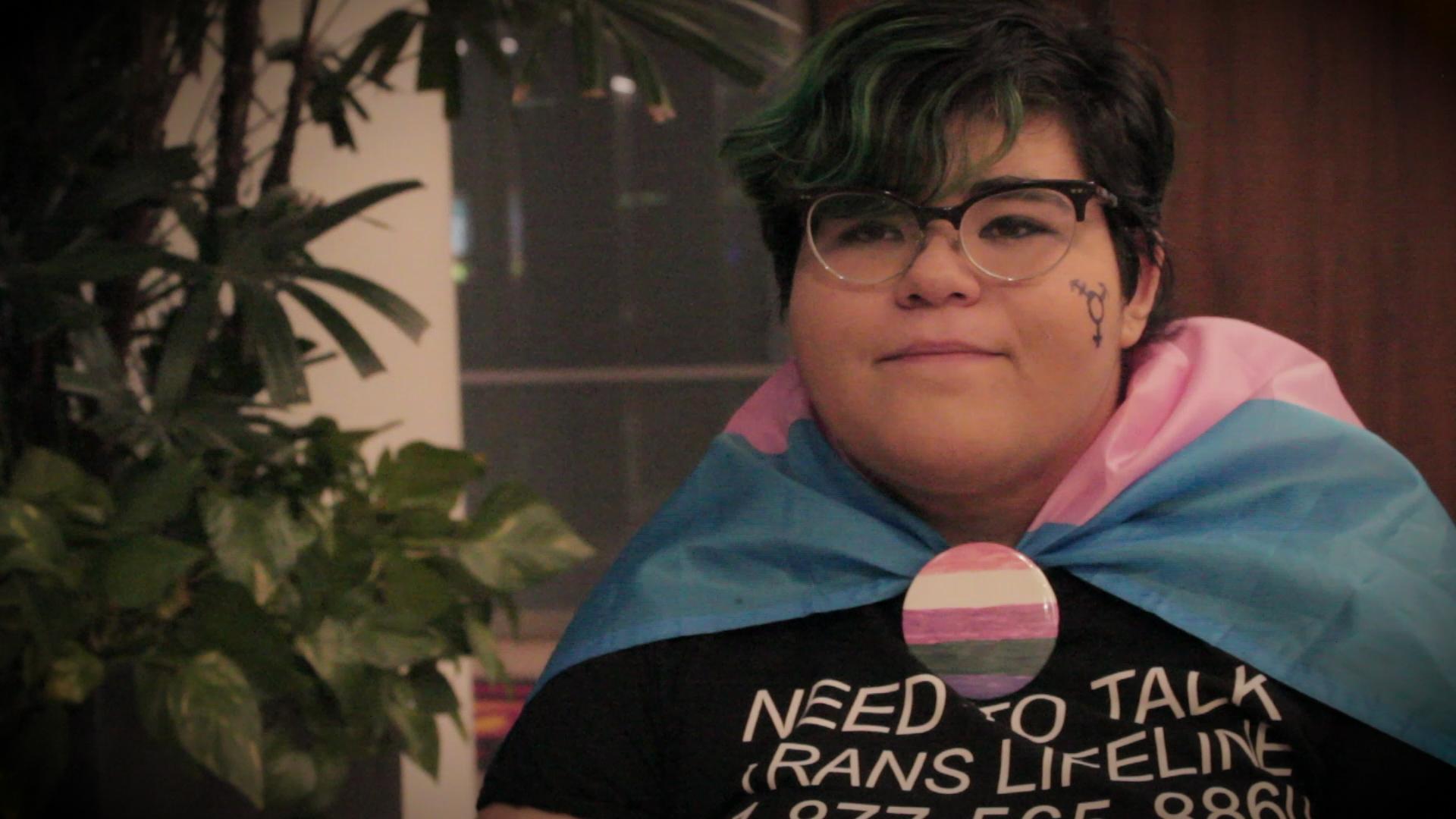 “We’re actually representing and putting out their actual faces,” Stargazer said. “Basically, we’re remembering people who died and are actually being cognizant of the fact that these are real people, people like us, and that hatred still exists.”

They said the atmosphere was heavy, but it was also positive in the sense that people took the time out to walk.

“There are people who care,” Stargazer said. “There’s the hope that maybe by walking out there and making people aware of it that we might make a change, so that matters a lot.”

Stargazer said having an event like the vigil at ASU is wonderful because it means that the school cares.

“I realize that there are many places out there that frankly don’t care,” they said. “I’m really glad that ASU even has these events, because they make you feel like, for me as a member of the community, that this school cares. I’m welcome here, and in a world where we still have people who die because of transphobia, that’s so important.”

Stargazer said one thing they want people to take away from the vigil is that the transgender community needs protection.

“I think this sort of event reminds us that [this] is still true. I think a lot of people aren’t that aware that we have all of these problems. A lot of people still perpetuate microaggressions where you get people who assume your gender, they use the wrong pronouns or they say, ‘I learned your actual name today.’ Like, the name that I choose doesn’t count as my actual name? It doesn’t feel great, but there are still worse things that happen,” Stargazer said.

This is the second year ASU has held the vigil.

Vice President of Confetti  Selena Luna, a junior at ASU studying criminology and criminal justice, said Confetti tries to partner with LGBT groups on all four campuses to organize the vigil. 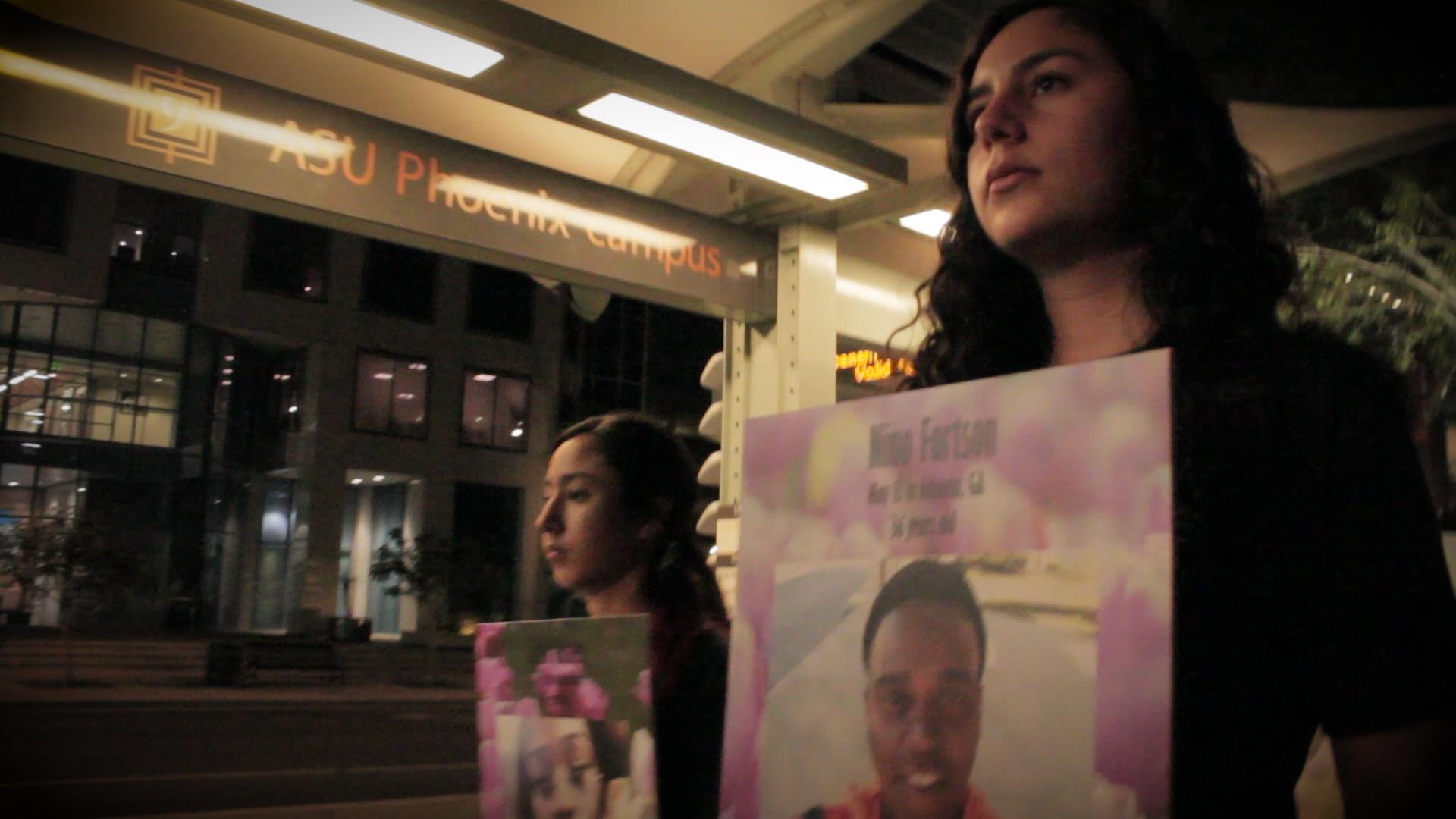 Confetti is an LGBT student group on the Downtown Phoenix campus that focuses on equality, inclusiveness and safety for all lesbian, gay, bisexual, transgender and questioning students.

“We’re still here to be a willing, open voice for them, and I know the State Capitol here in Phoenix also has a similar vigil, but we know not all students can make it over there, so we try and do one here,” Luna said.

Many student-led events were presented throughout Trans Awareness Week, which was observed Nov. 13–20 across ASU’s four campuses.

“ASU does a pretty good job of making sure that all the students have resources and know where to get them,” Luna said.

Students can visit the Transgender Resources page on the Educational Outreach and Student Services website if they are looking to change their first name in certain ASU systems without changing their legal name.

They can submit a Preferred Display Name Change request by emailing registrar@asu.edu with the details of their request. Once the request is processed, it will take 72 hours for the name change to take effect.

The display name will change in places such as the Global Address List, ASU Mobile App, Blackboard, Canvas and others.

The Registrar’s Office can update the gender marker on a person’s student record. Students can email or call the office to request an update.

Currently, a legal name change is required to change the name on a student record. Students can visit the Trans Spectrum AZ Resource Guide for a detailed description of the name/gender marker change process in Maricopa County, according to the Transgender Resources page.

To ensure trans voices are heard year-round on campus, students have started an initiative called #ThriveAsUAre.

Esquer said he wants to partner with ASU’s Black African Coalition during  Black History Month to honor the lives of those lost within the trans community.

“I want to say most of the pictures that were shown are of black trans women who have been killed,” said Esquer. “That is a huge issue within the black community as well … but we want to try and create that connection and bridge that gap between communities.”

Anybody who is looking for LGBT resources at ASU can visit Out@ASU and the Transgender Resources page.