Carlos Yanez barely remembers Mexico. He arrived from Chihuahua at age 6 with his mother and sisters. They came on a B-1 visitors’ visa to join his father, who was working in Arizona for several years before they could join him. Both his parents had lost their jobs in Mexico. 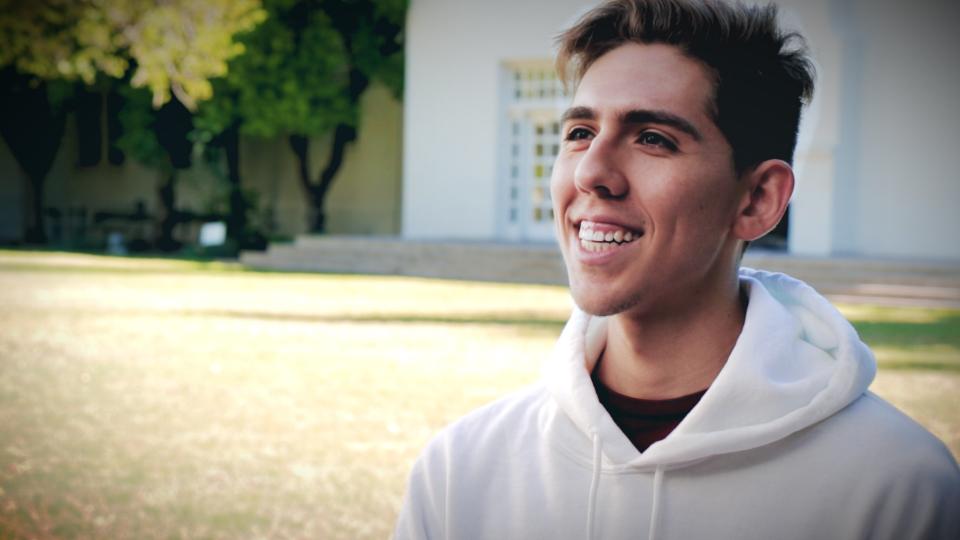 The family overstayed their visas, and Yanez grew up in the Phoenix area, among extended family with mixed immigration status. His dad mostly worked construction. Yanez made friends and did well at school.

“My parents always told us we didn’t have papers. As a kid you didn’t know what that meant for you and how that made you different,” said Yanez, a DACA recipient and a justice studies and transborder studies sophomore at ASU.

He didn’t think much of it when his parents told him not to speak Spanish and to “act American, act white.” He started realizing things were different for his family when immigration raids became more common; they lived with the fear of sudden separation. “[My parents] were afraid of someone picking me up on the street. They were afraid of me coming home one day, and my parents being gone,” he said.

But the reality of how immigration status would affect his future became more clear as he was applying for college. Yanez’s high school counselor encouraged him and his peers to look into options near and far, but Yanez realized that even as acceptances rolled in, he wasn’t eligible for the scholarships and financial aid his friends had access to.

“When I was applying for my DACA, that was the big moment where it hit me. Oh I’m different because I need to apply for this permit. My friends don’t need this,” he said.

Yanez had few financial aid options because of his immigration status. But thankfully at the eleventh hour, he found out he had earned a four-year scholarship from TheDream.us to attend ASU.

In his early days as a Sun Devil, Yanez felt isolated by his status, especially when DACA was temporarily rescinded in 2017. He remembers classmates in an English class talking about the statistics of immigration and DACA at the time.

“It’s just really weird when you’re in the situation and people are speaking about it so impersonally when it’s such a personal topic to me. … they’re talking about me,” he said.

Now Yanez works with DREAMzone to offer support for others who are going through the same thing. Through his work at DREAMzone, he supports undocumented students, DACA recipients and students in families with mixed immigration status. Yanez and the DREAMzone team connect students with scholarships, mental health resources, financial assistance for legal fees, writing scholarship essays, social support groups and more. When Yanez is done with his degree, he hopes to go into immigration and refugee law for his career.

Part of his work is making sure other DACA students and allies know that undocumented students are more than numbers.

What Yanez wishes people knew about students who are undocumented or whose families have mixed status is that there’s a story behind every statistic. Whether their families came to the United States for economic opportunities or because of destablization in their country or because of something else, “We all came here for a reason. We’re all human,” he said.

“If you feel like you’re alone, you can come talk to us,” Yanez said. “We’ve been through it before.”

DREAMzone office hours are available at ASU’s Tempe campus for all ASU students; resources for students at ASU’s Downtown Phoenix, Polytechnic and West campuses are coordinated by their respective Dean of Students offices. DREAMzone also offers ally training to raise awareness of resources among ASU staff and faculty.