For ASU student and Army veteran Tyler Obermeit, attending college after serving in the military was just how it was supposed to happen.

Obermeit joined the military shortly after graduating high school as someone “young, naive and mesmerized by the idea of adventure. … College wasn’t an option I had at the time.” He was deployed to Afghanistan from May 2010 to May 2011 as an infantryman.

Despite that, Obermeit said he never wanted to leave the military and that he couldn’t imagine doing anything else. But because of health problems, he had to return home. 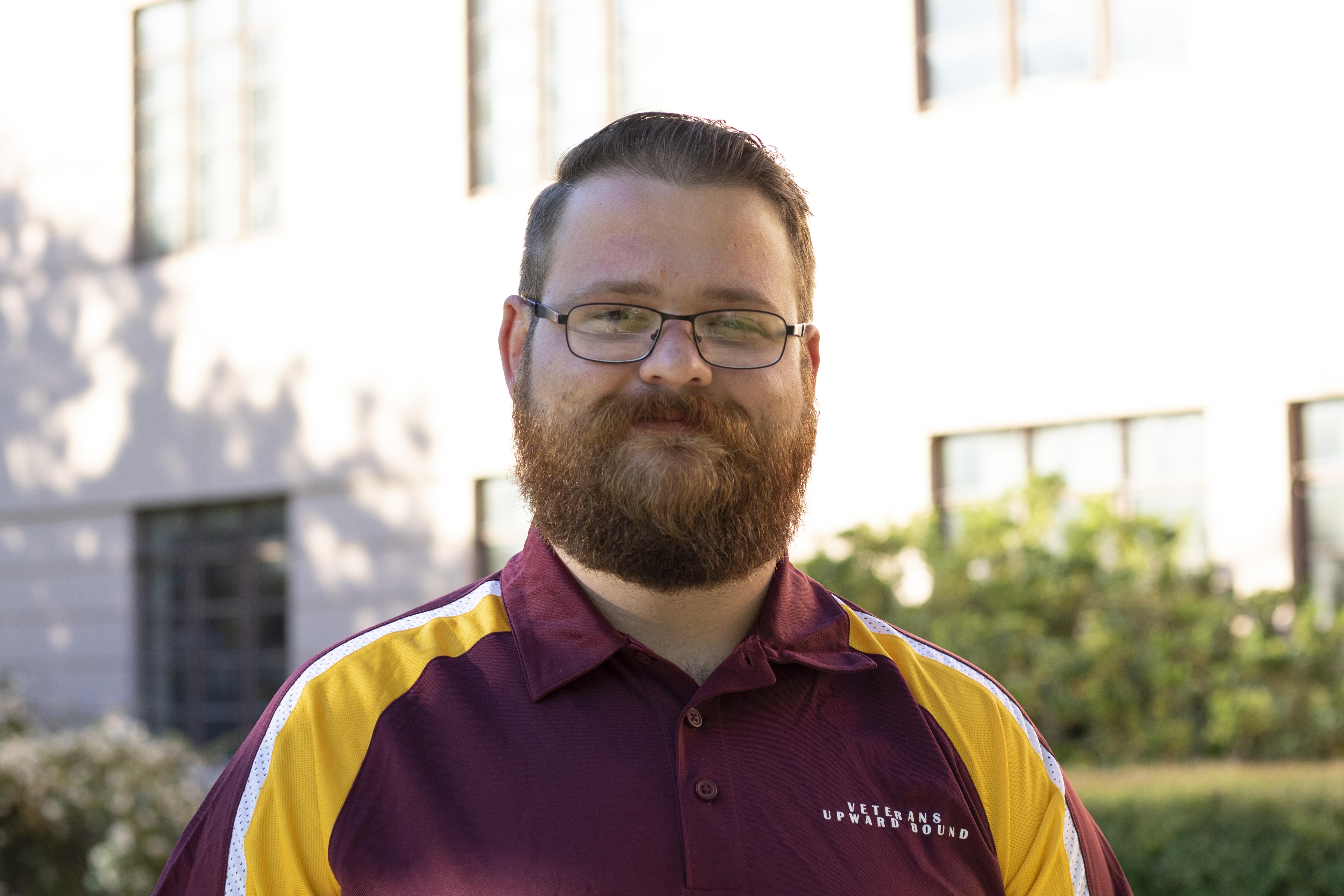 “Coming home was actually the most difficult part of my military experience,” Obermeit said. “I got so accustomed to combat that it seemed easier being deployed.”

After struggling with alcohol abuse and “flirting with being homeless,” Obermeit started going to concerts as a way to deal with PTSD. He ended up getting a job as a bouncer at a music venue before he got a full-time job with a mining company.

But despite the job’s pay and benefits, Obermeit still wanted more.

“I didn’t want to be a miner for the rest of my life,” Obermeit said. “The way I saw it, I prepaid for college [with the GI bill] and I shouldn’t waste it. So I scrolled through the list of majors at ASU and conservation biology and ecology jumped out at me.”

When he started at ASU, Obermeit joined the TRIO Veterans Upward Bound program — a program for veteran students which aims to get them back on track and acclimated for college life. The program includes refresher courses in subjects like mathematics, as well as workshops on FAFSA, study skills and stress management.

“VUB (Veterans Upward Bound) is a program that too few veterans know about,” Obermeit said.

Obermeit noted that when he first enrolled with VUB, his math scores were “that of an eighth grader’s.” But after joining VUB, dropping out to dedicate time to his job, and then joining again, Obermeit took the SAT and scored a 1310.

“That got rid of a full year of remedial math that I would have had to take at ASU,” Obermeit said. “It also made me $20 richer, because my old boss had bet me that I wouldn’t score higher than he did.”

Beyond academics and an extra $20 in his pocket, VUB helped Obermeit adjust to college life — which can be especially challenging for veterans.

Obermeit said it’s difficult for veterans to get adjusted to civilian life and even harder to adjust to being a college student. He said it’s why a lot of veterans drop out of college and subsequently don’t use their GI bill.

“We’re the weird old dudes, us infantry guys usually being bearded and tattooed, that younger students may avoid sitting next to,” Obermeit said. “But it’s never too late to reinvent yourself.”

So reinvent himself he did. He’s earned solid grades and “fell in love with ASU” and the fields of biology and ecology.

“This field really lights a fire inside of me, and I never want to stop,” Obermeit said. “After I graduate, I definitely plan on attending grad school. I want to work in the field and maybe become a professor myself someday.”

And with all of his successes, Obermeit notes he owes much of it to those around him who have helped him through his transition from military to civilian to student life.

Obermeit — who now works for VUB while attending ASU — said that the program is an integral part of his success story.

“I can’t tell you how good it feels to be working for an organization that has done so much for me and that has also given me the opportunity to give back to my fellow vets,” Obermeit said. “If it was not for VUB, I would not be where I am today.”