The Sun Devil Mock Trial team, which has more than 30 members and about four competing teams, just finished their most successful  season in the spring semester. They traveled to four different states for competitions, where they earned two bids to compete in the Opening Round Championship Series, referred to as ORCS in the Mock Trial world, in Santa Monica, California. One of their teams (Team 1071, nicknamed Team Croc) even won first place at the Tempe Regionals undefeated 8-0.

Mock trial is a competition where students put on an imitation court trial. The members of the team prepare and perform as people on both sides of the case, representing both the defense and prosecution, as well as witnesses.

Each season, around 600 teams across the country are given the same case packet by the American Mock Trial Association. The teams then prepare the hearings using the case and evidence provided for the competitions, where they go through the typical court procedure, with opening statements, testimonies, witness examinations and cross examinations in front of professional attorneys and judges for a score.

Elana Quint, a spring ASU graduate in philosophy (morality, politics and law) with a dual degree in civic and economic thought and leadership, was a part of the SDMT team for all four years at ASU.

Quint held many roles during her time on the SDMT team. She was even elected president of the team in 2018. For the competitions, she played a variety of characters, earning her an Outstanding Witness award at the Uclassic invitational this year at UCLA.

“I played a variety of witnesses — from a dramatic victim of an attempted murder to an expert in cellular forensics to my favorite, Ms. Mirriam Cooper, a delightfully charming elderly woman,” Quint said. 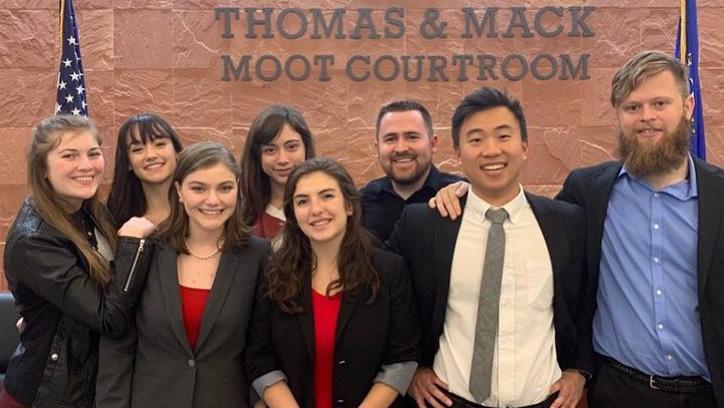 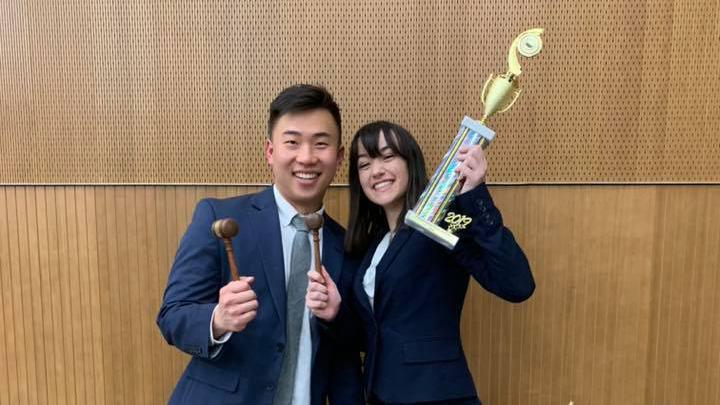 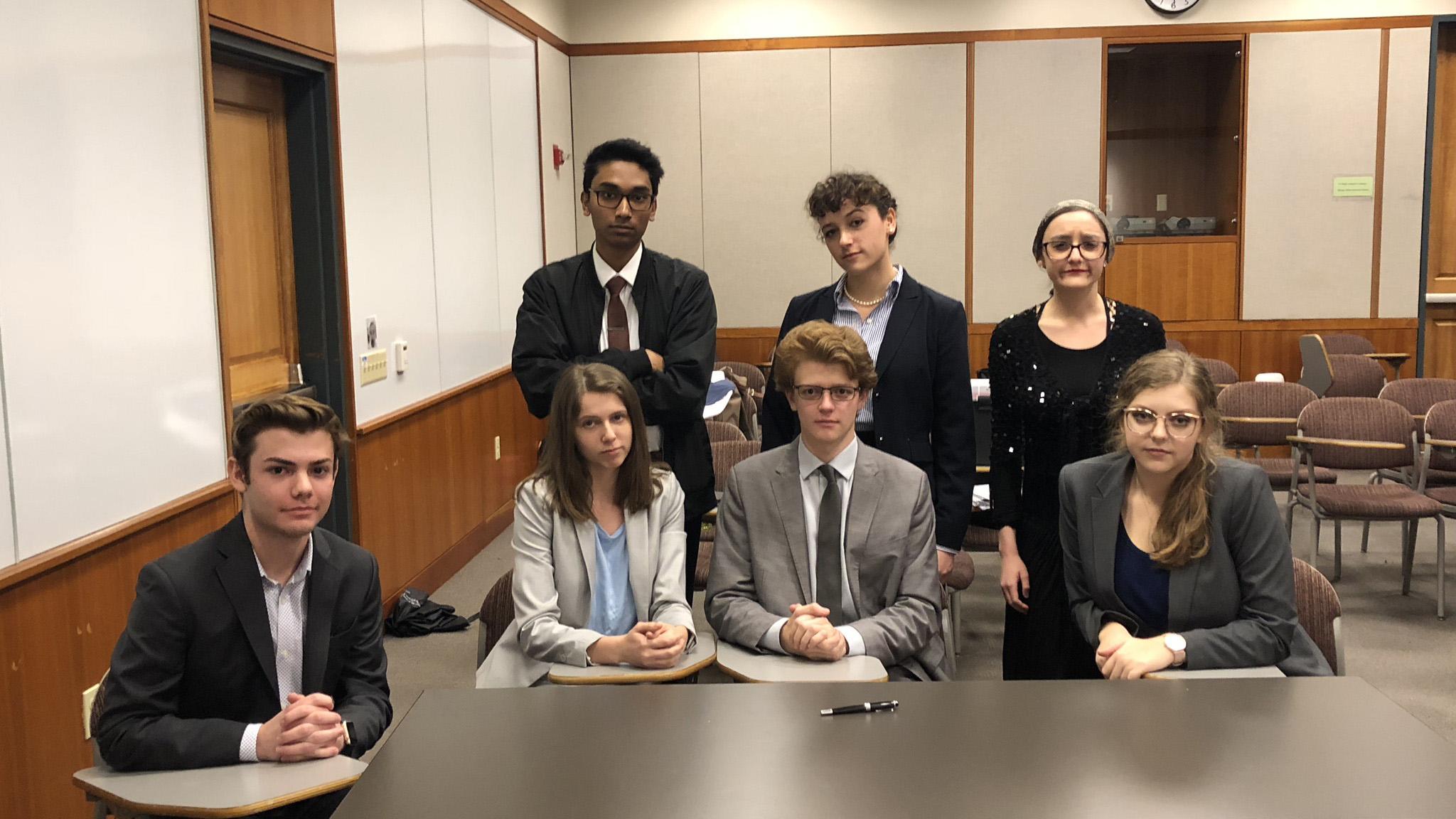 While her favorite memories of the team are their travels together —  dancing on the Santa Monica Pier and walking the Vegas strip — her best memory was something simple that happened before each competition.

“During every competition — without fail — one of my teammates would enter the courtroom and, in his most commanding and serious voice, would say ‘All rise,’ and everyone would stand thinking it was the judge, only to discover it was him goofing around,” remembered Quint.

The team has a specific warmup before each round, which is inspired by the movie “300.” However, instead of asking each of the Spartans what their profession is, one teammate will ask “Sun Devil, what is your profession?” and end with a large chant of “Ay! Ay! Ay!” from the team.

However, between the bonding and fun, the team works very hard to prepare for each of their competitions. Meeting twice a week, they go over courtroom etiquette, legal procedure as well as the rules of evidence and case law. They practice their objections, speeches and opening and closing statements. It gives Sun Devils the chance to see what court is like, and for people like Quint, who is going on to law school at Georgetown Law, a chance to practice their future profession.

“SDMT has given me a rich foundation in understanding courtroom procedure and the rule of law,” Quint said.

“Before entering law school I will have a solid background in a majority of the federal rules of evidence because I have practiced applying them in a number of different legal settings. I have also developed my skills in teamwork and leadership, which will serve me well as both a law student and a practicing attorney.”