Tyler Nicole Miller is a junior double majoring in art history and American Indian studies from Tucson. She is the chapter president of Alpha Pi Omega at ASU and is a member of the Tohono O’odham Nation in Southern Arizona, which straddles the Arizona and Mexico borders.

Miller said such high-level recognition is meaningful to the sisters because of the work they put into their education and community service work and because native students are underrepresented on campus.

“That really means something to us, because we’re representing more than ourselves. We’re representing the communities we come from, our families and the Native American population here, which is highly underrepresented,” Miller said.

After she graduates with her degrees from ASU, Miller is interested in pursuing a law degree to advocate for art restitution in museums and elsewhere “to make sure that we’re represented the way that we want to be represented, not as people of the past.”

Miller sat down with ASU Student Life to tell us more about her Greek life experience at Arizona State University. 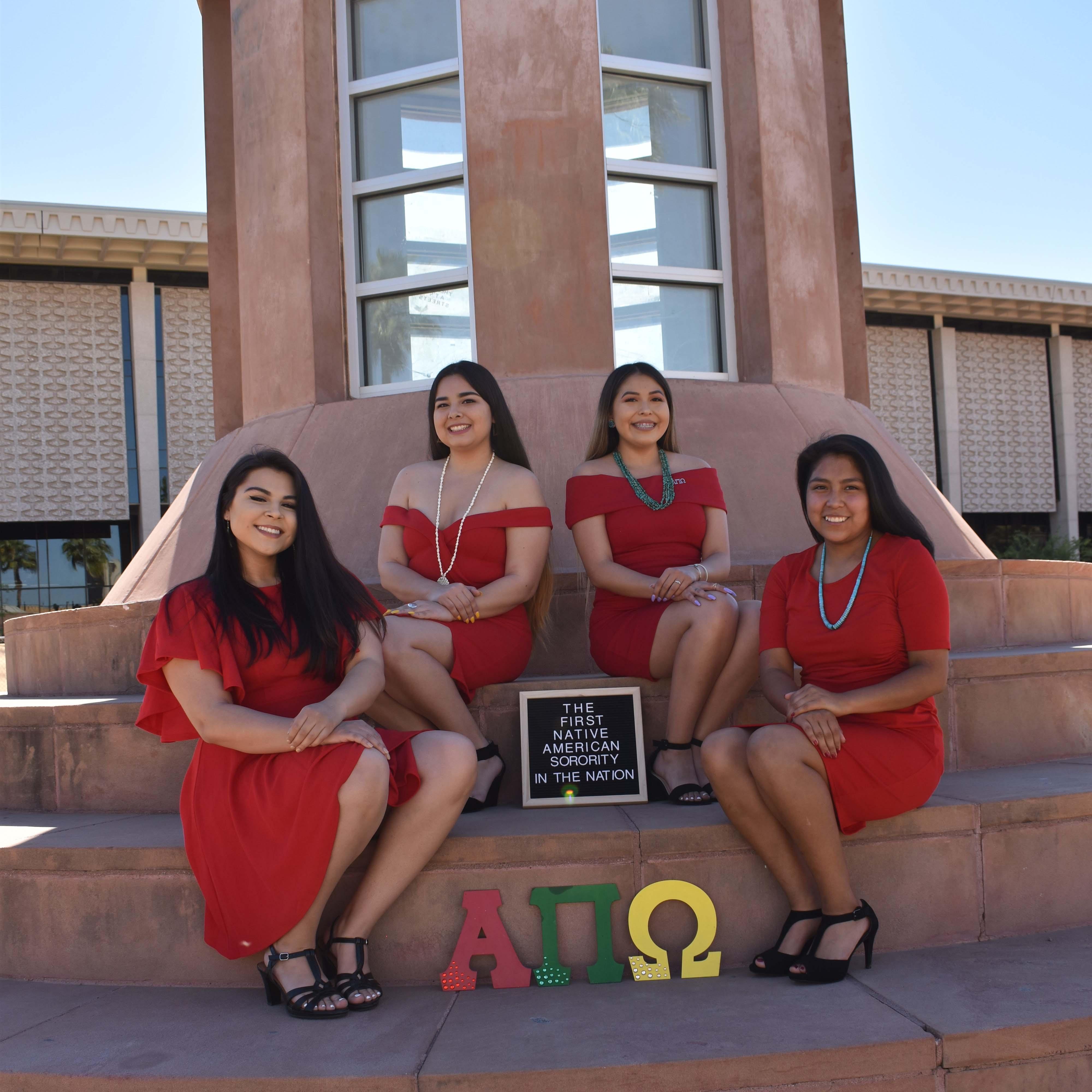 When was your group founded?

Alpha Pi Omega was founded Sept. 1, 1994, at the University of North Carolina, Chapel Hill. We’ve been at ASU since May 2007 and have about 800 sisters nationwide.

We were founded on four principles that we all try to hold dear to our hearts as an organization and as individuals: spirituality, traditionalism, contemporary issues and education.

Why did you join Greek life?

I never thought I would join a sorority. I did not think that was my route.

I did a summer program called Spirit for native incoming freshmen. … One of the Spirit peer mentors was the current dean of Alpha Pi Omega so she did a short presentation on the organization. I looked them up saw what they were about and went to some events.

I really liked the girls and what they stood for. I was away from home and the only one in my family who was out here. I was really looking for that connection with like-minded girls. We share a lot of cultural similarities, which is really important, especially as native students. We’re a very small population, so I was looking for those connections that were very familiar.

What has it meant to you to be part of your sorority?

I am so happy I joined. I think without it I would not be in these leadership positions I now hold at ASU.

I think that going through the process of joining I was very shy and timid. I didn’t speak up. I had a very quiet voice and now I’m joining committees, I’m a first-year success coach, I’m president, I host events and I talk at the events, which is something I would never have seen myself as doing.

I think it gave me a solid foundation not just of like-minded women to lift me up and realize my potential but also to promote my organization’s values into our communities.

What’s your favorite part of being involved in your sorority?

My favorite part is definitely my sisters. We are really small. We honestly see each other as actual sisters…

I had a dinner with my best friend, who is my sister, and also one of the older sisters who is no longer at ASU, and she actually gifted me a traditional dress. Which just fills my heart to know that people care so much about you and that they’re going to look out for you. …

It feels so great to have that support system and know I can rely on these hundreds of girls across the country.

If you’re interested in joining Alpha Pi Omega, you can get in touch for spring recruitment on Instagram or through email at apio.iota.deanhc@gmail.com. Or join them at the Native American Heritage Month event they are planning: the