Sun Devils are known for breaking barriers and making history. Many former student athletes have gone on to compete on world stages. ASU alumna Allysa Seely, a Paralympic gold medalist and an ESPY winner, has been making history as an elite athlete on the world stage since graduating.

Seely, who is from Glendale, Ariz., graduated from ASU in 2013 with an interdisciplinary studies degree with a focus on sports psychology and exercise and wellness.

She was a part of the triathlon club (now a Division I sport) during her time at ASU and later transitioned into competing at the elite level.

The Arizona native has competed at six International Triathlon Union (ITU) World Championships and was also a part of ESPN’s 2016 Body Issue.

Seely’s road to victory came with its fair share of obstacles. In 2010, she was diagnosed with Chiari II Malformation, basilar invagination and Ehlers-Danlos Syndrome. These illnesses affected her brain, spine and connective tissues.

In 2012, she debuted as a paratriathlete and won bronze in the ITU World Championships. In 2013, health complications led to her leg being amputated below the knee.

Her amputation did not stop her; she went on to continue winning.

Seely made history in 2016, when she won the triathlon gold medal at the Paralympics in Rio; it was the first year that triathlon was a medal event.

More recently, Seely won the 2019 ESPY for Best Female Athlete with a Disability.

Student Life spoke with Seely about her accomplishments and her advice to aspiring triathletes.

Question: How was Switzerland and the ITU Paratriathlon World Championships? I saw you won silver, congratulations!

Answer: Thank you. Lausanne, Switzerland, was an amazing place to have the opportunity to race. The course was beautiful, and the people [were] so friendly. I am lucky to have experienced such a wonderful event. The race didn’t go entirely as planned, but I had some very strong moments and some areas I know I need to improve to accomplish my goals. 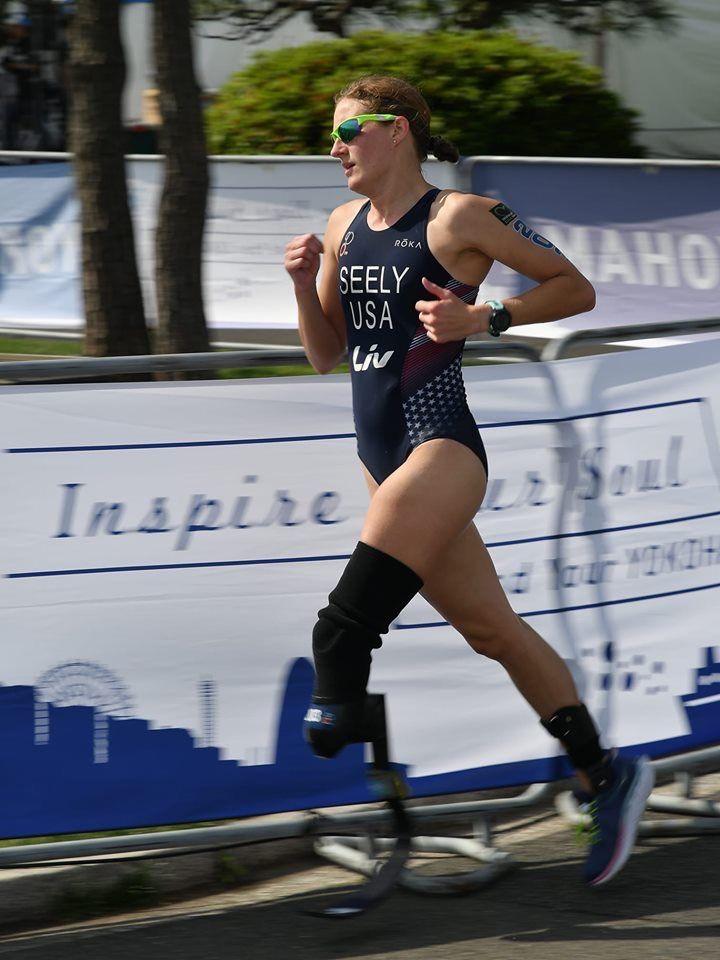 Q: How many years have you been competing at the ITU championships?

Q: You competed at the Rio 2016 Paralympic Games, which was the first year that triathlon was a medal event, and won gold! How did it feel making history? Did you expect it?

A: Heading to Rio for the Paralympics in 2016 I knew I was capable of winning gold, but I never expected to win. It is pretty amazing, and still three years later it hasn’t really sunk in that my win is considered historic.

Q: You are a former ASU Sun Devil. Was ASU where you started your triathlon career? Tell me about your transition from college athlete to professional.

A: I started triathlon when in college and enjoyed racing as part of ASU’s collegiate club team for numerous years. Moving from college triathlon to professional triathlon offered a host of different challenges. The biggest difference was the environment. I was so used to having my awesome friends and teammates at workouts and races. When I started racing internationally I no longer had the athletes I was so used to (having) by my side.

Q: What is your proudest moment so far?

A: That is always so hard to answer. There are so many moments I am proud of in my career, and most didn’t end with a shiny medal.

Q: You were in the ESPN Body Issue in 2016; how did you feel when you found out you were going to be a part of it?

A: Being included in ESPN Body Issue was an unexpected and very cool experience. To be represented among the best athletes in the world was quite humbling.

Q: What advice would you give other triathletes who are just starting off?

A: Don’t get so focused on the goal that you lose sight of the process. Enjoy the day to day, not just race day.