With 26 wins so far this season, Arizona State University’s baseball team is giving fans in the Inferno student section a lot to cheer for.

For fans, one highlight so far this season was the team’s win against the University of Arizona.

Before the game, students attended a baseball tailgate hosted at Barrett Lawn. Students got to enjoy food, games and other activities and were also given shirts to wear to the game and light rail tickets for transportation to Phoenix Municipal Stadium.

Emma St. John, a junior at ASU studying English, is the director of game day for the Programming and Activities Board. She helped organize the tailgate, which took about two months. St. John said the tailgate was important because it’s inclusive to the entire student body at ASU.

“It brings everyone together as a community,” she said.

“Spirit, pride and tradition is kind of a big thing here at ASU,” she said. 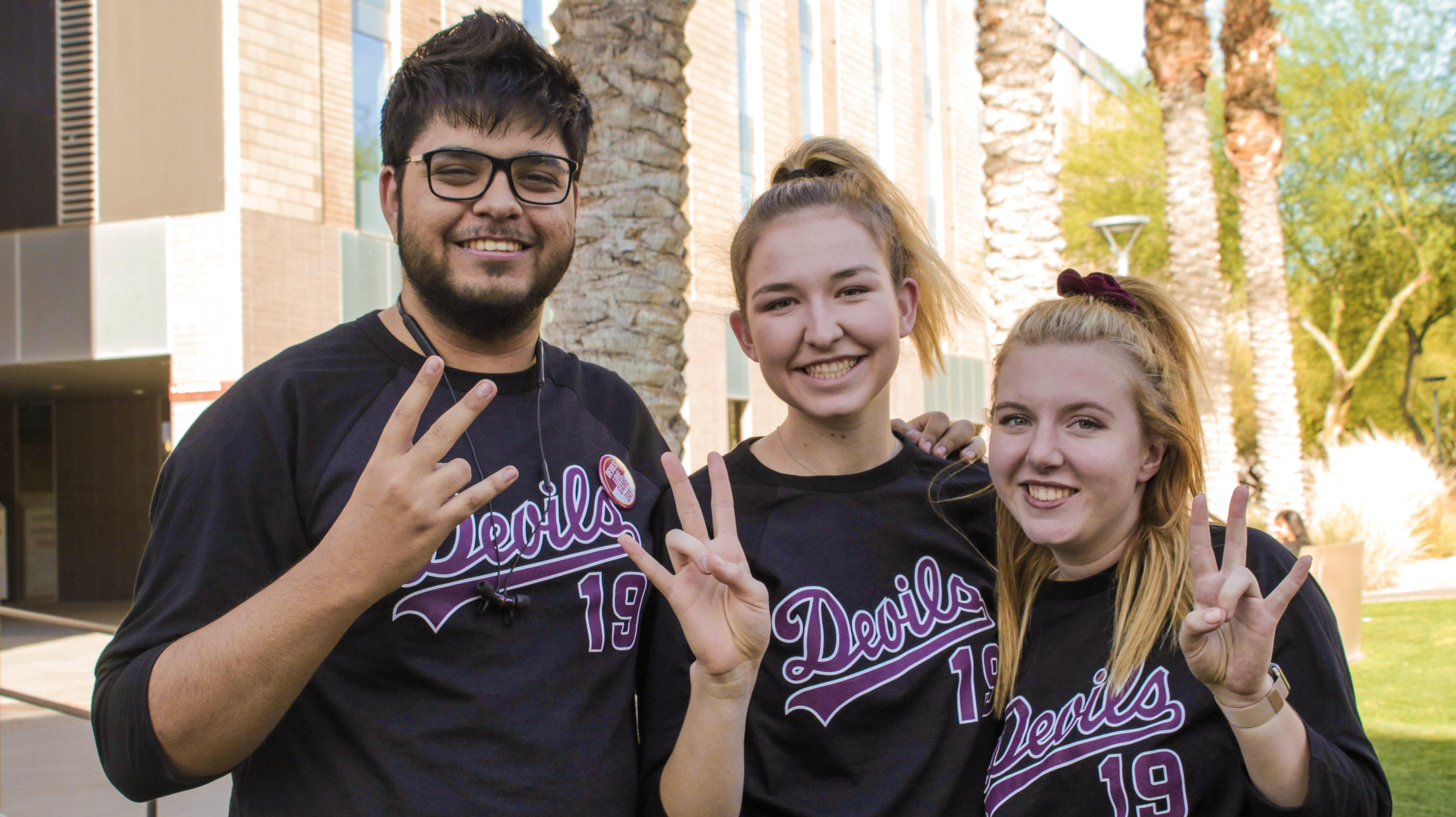 Students celebrated at the rivalry week tailgate before the three-game series against U of A, which the Sun Devils swept.

Nathan Hefner, a freshman at ASU studying business communication, went to the tailgate before the rivalry game. He said he was excited to go because he’s a baseball fan.

“It’s against [the University of Arizona]. Go Devils,” Hefner said. “I just hope we absolutely dominate them.”

“I hope the Devils come through and win,” she said.

The Sun Devils swept in the three-game series against U of A. The team went on to win against the University of Southern California and face the College World Series defending champions Oregon State University at home April 12–14. They are 9-3 in Pac-12 games this season, according to the team’s website.

Be sure to cheer on the Sun Devils as they play at home through the end of May. #ForksUp!