Coming from an 11 person household, Kari Betenson has always been family oriented. With two daughters and a husband, Betenson says ASU’s Polytechnic campus was a good choice for her for multiple reasons.

“I actually live outside the Poly campus, and I was also told that it’s probably the most family friendly campus,” she said. “There’s not as much action going on, not as many people longboarding. It’s a quiet campus.” 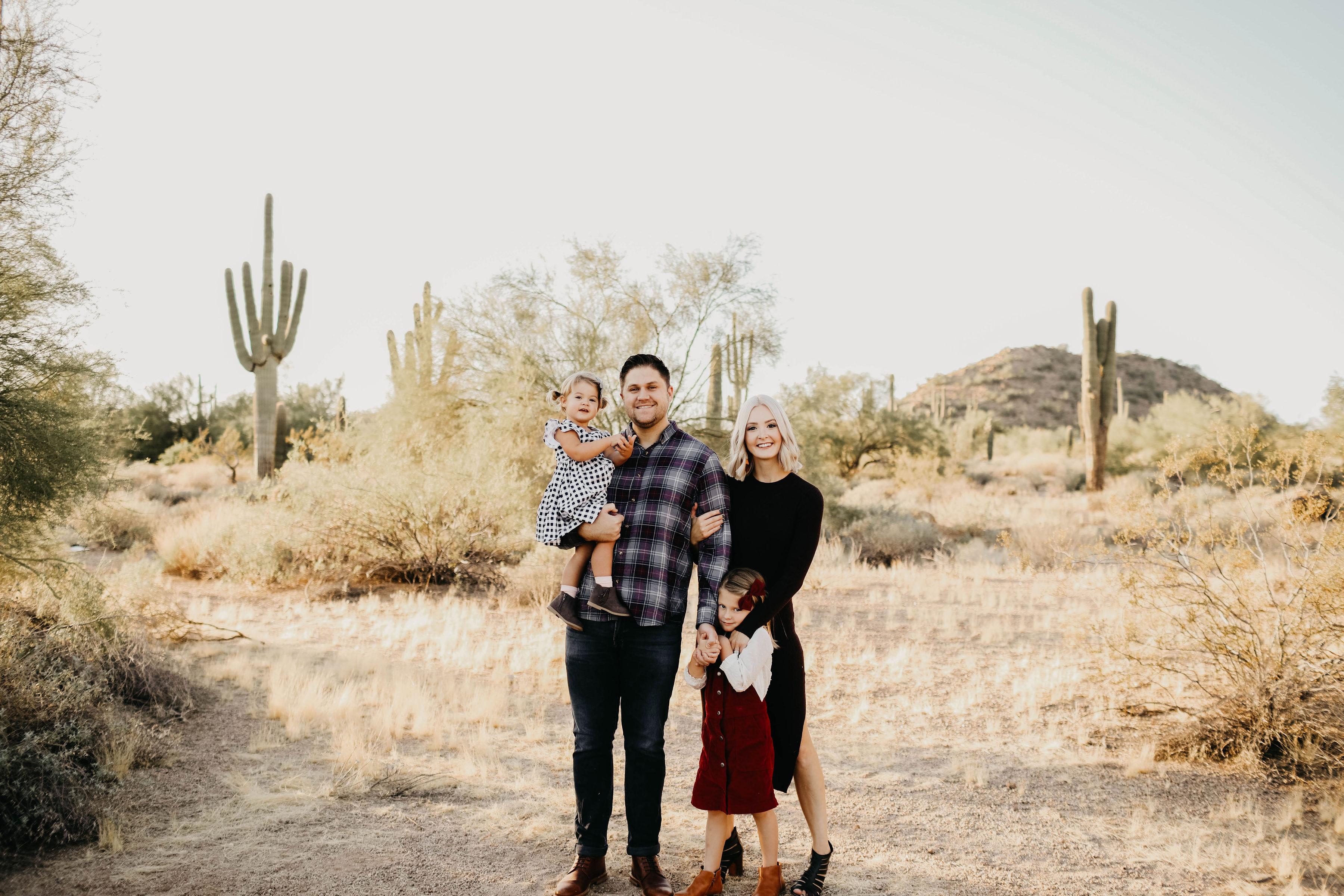 Kari Betenson with her husband and two daughters.

Now a junior taking 16 credit hours at ASU, Betenson’s major wasn’t always education. She planned to pursue social work for a while. Even though she thinks social workers are “angels on Earth,” she eventually felt led to the public school system.

“My daughter started kindergarten this year, and I really enjoyed the back and forth with the teacher and with the school every day,” Betenson said. “It just felt like a really welcoming environment for me to want to move into.”

Betenson’s academic journey has also provided the opportunity to forge a unique mother-daughter bond. “We’re both doing homework at the same time,” she said. “I drop her off and then I go to school.”

According to Betenson, she’s living her wildest dream. Thanks to the Arizona Teacher’s Academy, Betenson is the recipient of a full-ride scholarship. Betenson said that since #RedforEd, Arizona has created scholarships for students pursuing a degree in education as long as they maintain a 3.0 average. Two years removed from the #RedforEd movement, Betenson said that she is more encouraged now than ever to join the field.

“People are standing up for teachers and they’re being noticed more and valued more,” she said. “I think now is a great time to start going into the profession of teaching in Arizona.”

Between motherhood and “student-hood” even when it gets hard, Betenson knows it’s all about priorities. “You don't have to do one or the other. I’m doing both just not at the same time,” she said. “I schedule myself so that when it’s time to just be with my kids, my homework is set to the side. When I’ve got my classes, my phone is on silent, my mind is in the classroom and it’s focused.”

Betenson considers herself lucky. With an entrepreneur as a husband, she doesn’t need child care for her youngest daughter. This allows her to keep her head in the books when she needs to and appreciate how much she’s getting done while balancing so much. “I figure that, hey, if I could show up after I dropped my kid off at school and get my other one down for a nap and get a good grade, I feel like anyone should be able to,” Betenson said.

Ultimately, Betenson’s decision to go back to school wasn’t just for her. It was for her family, especially her girls. She said, “I want to show them that it's never too late to go back and get an education and that they can do hard things.”