In her time as a Sun Devil, Amber Cabrera has honed in on aspirations that could take her around the world and back.

Cabrera is a first-generation college student at ASU, a senior majoring in political science with minors in Spanish and transborder studies. She hopes to be a foreign service officer after she graduates and work her way up to being a U.S. foreign ambassador and maybe even a congresswoman.

Cabrera said she knew that higher education would be the way for her to achieve her dreams. After seeing her sisters both attend college and observing how it helped them in their careers, Cabrera decided to attend ASU. Studying abroad in South Korea and having a soon-to-be foreign service officer as a mentor, Cabrera credits the opportunities and resources at ASU as being a large reason for her success in school.

“I was drawn in by how much support all the students receive from their peers, professors and other professional staff members and at that point in my life I really needed the guidance,” Cabrera said. “ASU was appealing to me because I knew that I was going to be able to watch myself grow here.” 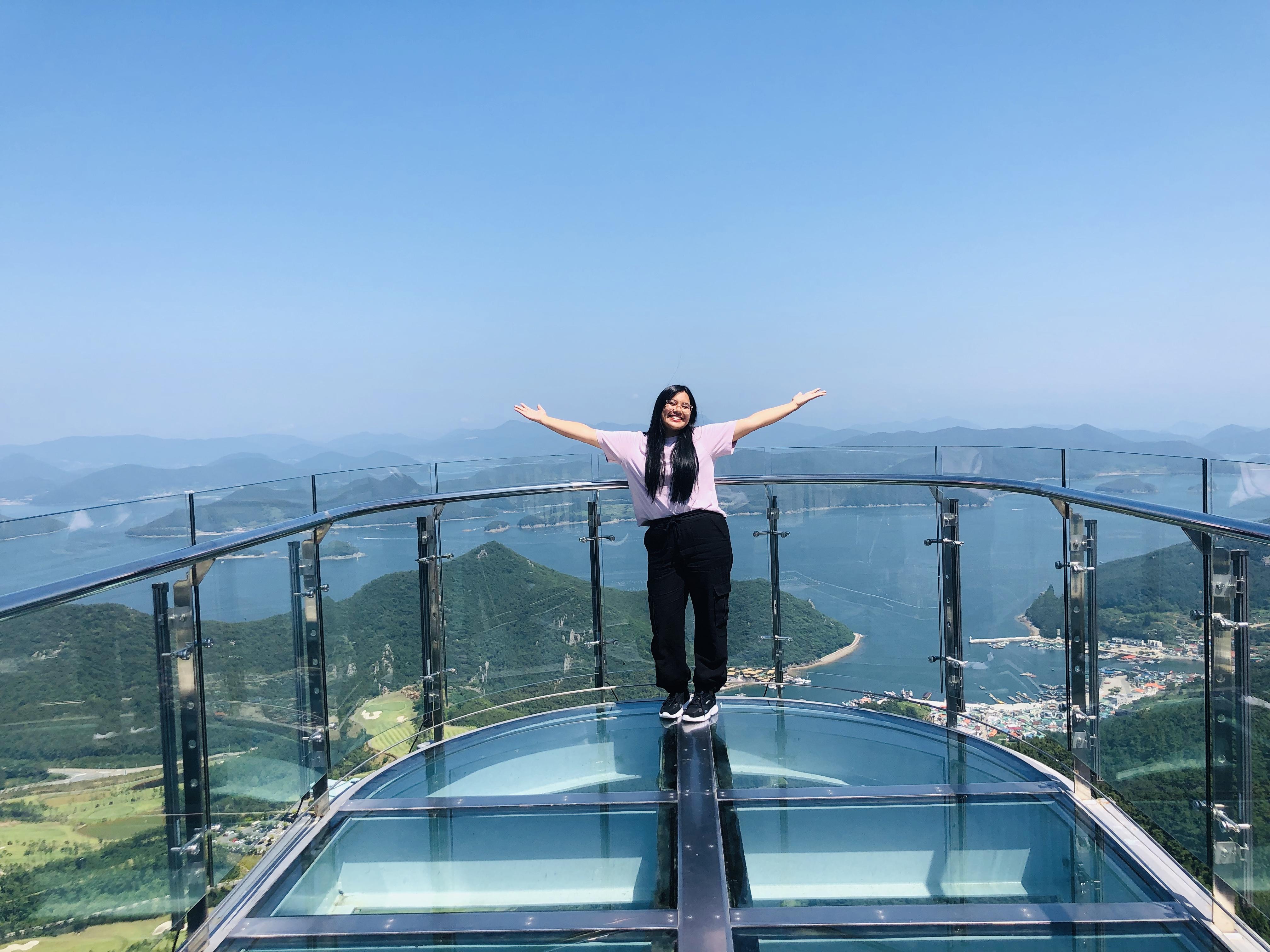 Amber Cabrera during her study abroad experience in South Korea

She discovered her career path in foreign affairs after one of her mentors told her to think about passion in a different way.

“An awesome mentor of mine told me early on to find out what makes me angry or what gets my blood boiling and to start there. It was getting too repetitive, in a way, hearing the same old advice of ‘find out what you’re passionate about or find out what you enjoy doing,’” she said.

“You [could] be passionate and interested in a million things but never really figure out what path to take.”

Having guidance is helpful for the big-picture questions as well as the day-to-day concerns Cabrera faces. Being a first-generation college student isn’t easy. However, support from mentors, advisees and professors have helped Cabrera along the way.

“There were and are so many people who helped me along the way. I had so much support from my family and the ASU staff and professors. Even if they never knew how much they have impacted my experience here at ASU, I want them to know now that they have guided me in not only being the best student I could be but also as an aspiring diplomat,” she said.

Starting out her first semester, Cabrera thought she had it all figured out. She decided to take 18 credits her first semester but started to struggle with the workload. But she was hesitant to reach out to others for help since she told herself that she could do it on her own, even when she was confused and thought it would just be better to give up. But going through this Cabrera learned a valuable life lesson.

“College isn’t about who knows the most about everything. It’s about growth and being open to learning new things,” Cabrera said. “I figured out that it was OK that I didn’t have every single thing figured out right away.”

Having successfully made it past these thoughts of doubt, Cabrera is a seasoned Sun Devil as she finishes up her last year at ASU. She said she hopes other first-generation students find confidence in their own potential and persist beyond challenges.

“You can do so much more than you think,” she said. “Take advantage of the resources, experience new things and remember that hardships are all just a part of the process in finding who you are meant to be. Trust it.”

“Attending college has made it possible for me to understand the person I am today in all those aspects. I wouldn’t be the person I am today without the help of the support system I have gained throughout the last four years. Surrounding yourself with people who are driven, passionate and inspiring rubs off on you.”