For much of his childhood growing up in Nogales, Ariz., Joaquin Ramos’ family lived paycheck to paycheck. That experience and the support of his family motivated him to pursue college as a first-generation student.

“Mostly it was my family that motivated me, particularly my brothers. I am the oldest of four boys, and being the oldest and always having to set the example has always motivated me to be the best I can,” said Ramos, who goes by “Pato,” which translates to “Duck” in Spanish. 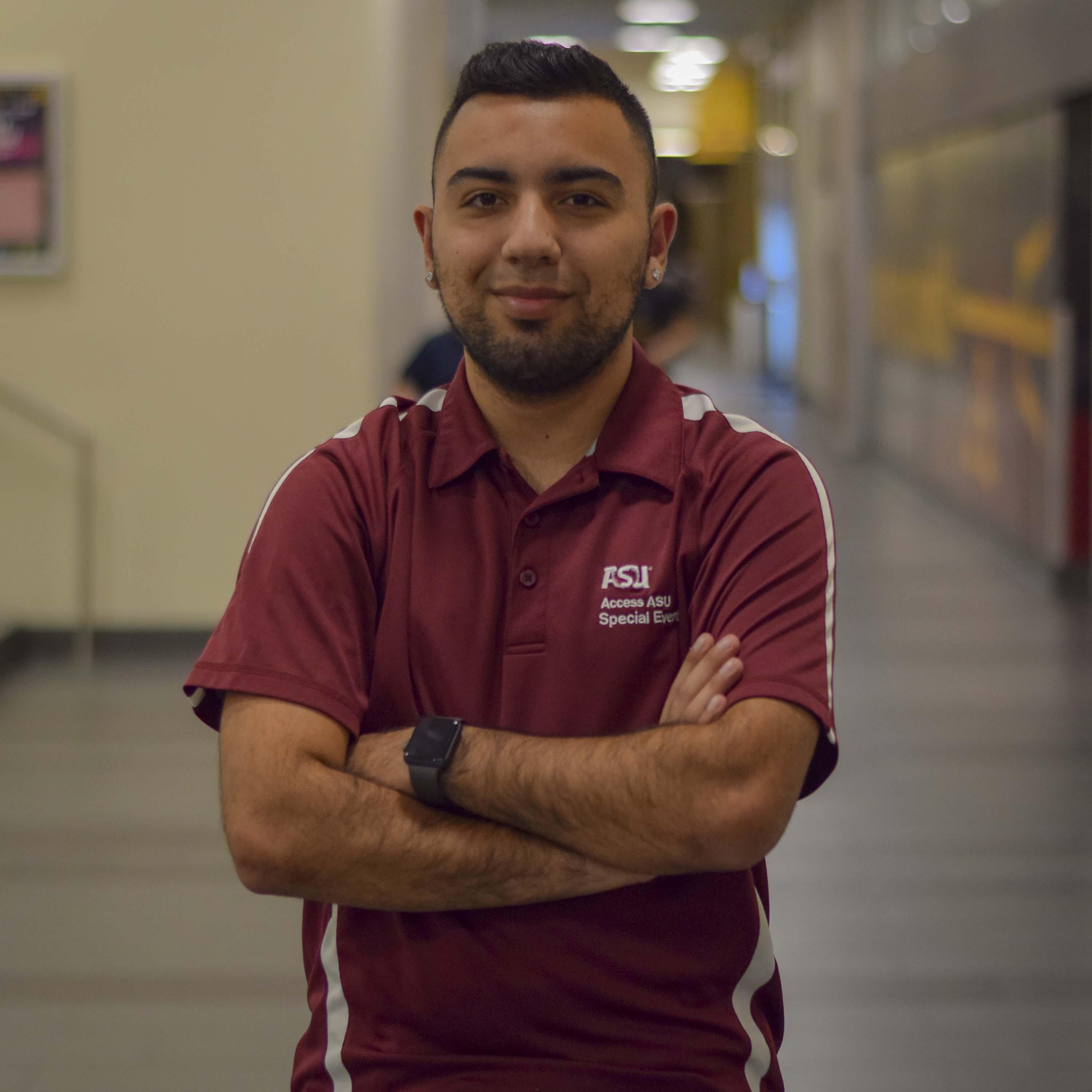 Now a senior studying criminal justice at ASU, Ramos plans on pursuing a master’s degree in sports law and business at ASU after he graduates. As a Sun Devil, he’s also dedicated himself to opening up access to higher education through his job at SPARKS, a student-led service organization that promotes access to higher education in the community. Ramos has earned the role of executive director of SPARKS at ASU’s Tempe campus.

Ramos said he has had an amazing college experience, although there have been ups and downs along the way, especially since college was completely unknown to him at first.

“It’s been full of excitement and new experiences that I never would have imagined, like meeting new friends from all over the country, but at the same time it’s balanced out by the added stress of not really knowing what exactly you’re doing,” he said.

Going into college, Ramos felt very nervous. He was diving into the deep end without knowing how deep it really was. Ramos says that the people he met at ASU helped him through this.

“Luckily I was able to find that support system, both through new friends in my residential housing as well as my coworkers with my position at Access ASU.”

Stepping out of his comfort zone and trying new things was one of the best decisions Ramos ever made, even though it was quite scary at times.

“I’ve definitely found a second home here at ASU through my coworkers, members of SPARKS, roommates and teammates in intramural sports. I also was fortunate enough to study abroad last semester in Madrid, Spain, for four months at the Universidad de Antonio Nebrija, and it has honestly been the greatest semester yet. Not only did I meet students from all over the country but met so many locals, both in and around Madrid, and around all of Europe when we would travel on the weekends.”

Ramos says his biggest achievement was getting into college and succeeding academically. He is also very proud of becoming the executive director of SPARKS for the Tempe campus.

“SPARKS focuses on inspiring and motivating K–12 students to promote higher education, and I am really proud of the work the organization has done and I am honored and extremely proud to lead it along with its members.”

Ramos believes it’s very important for other first-generation students to take that leap into the unknown and never forget who you are working this hard for.

“At the end of the day, yes it is for you, but more importantly, it is for those who pushed you along the way, teachers, friends, but most importantly your parents,” Ramos said.

“Your parents gave you everything that they could with maybe as little as they had, all so you could have a better future and a better life, not just for you, but maybe for your family if that is something you are considering down the line.”