Healing with Zaria: an ASU space for womxn of color

Zaria is an on-campus organization dedicated to creating safe spaces for black women and women of color. The student group was recently re-launched at ASU and now is active hosting meetups for studying, volunteering, self-care and much more.

Co-Vice President J’ana Massey, an interdisciplinary studies and film student, explained that the founder, ASU alumni Adelaide Goode, saw a need for a group where black women could receive support from other womxn with similar experiences.

“Basically, you can come in your pajamas if you want to just feel comfortable knowing that, you know, a group of womxn have your back, womxn that look like you,” Massey said.

Massey emphasizes that Zaria is inclusive of different identities, including gender expressions. ”Anyone who identifies as a womxn is welcome to join, and we accept any and every one,” said Massey. “That's also why we include that X in womxn.”

Though Zaria was inactive for a few years, a group of then first-year students, Ni’Sea Thurman-Wamubu, Ronie Moore and Massey, decided to bring it back.

The soul sisters met at Sankofa Summer Leadership Institute, a five-day event that prepares first-time Black and African students for life at ASU. When the womxn heard about Zaria they were committed to its revival.

According to President Thurman-Wamubu, Zaria is a common name on the continent of Africa, meaning blossoming flower. A flower can’t bloom without proper nourishment, and that’s what Zaria provides: emotional and spiritual nourishment for and by womxn of color.

Their kick-off event in September, Healing with the Homegirls, stressed the importance of working healing exercises and activities into your routine. As a social justice, human rights and photography student, Thurman-Wamubu explained that healing is emphasized because of high rates of trauma and being silenced in most spaces in their lives.

“We try to recognize that being a womxn, especially a womxn of color, especially being a black womxn healing is kind of just a part of your hygiene.” 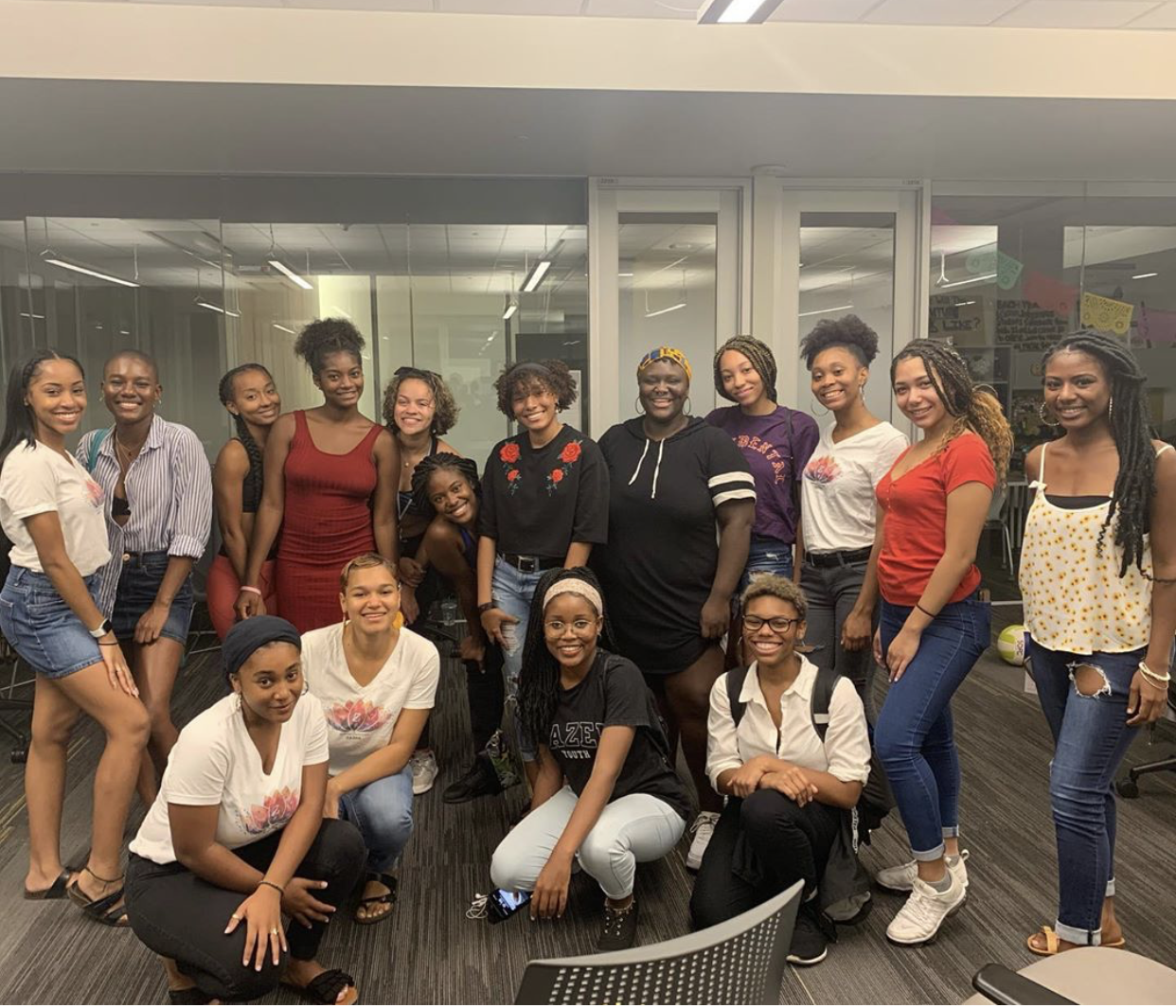 For Co-Vice President Ronie Moore, Zaria is just what the doctor ordered to relieve the stress of being an astrobiology, biogeosciences and conservation and ecology student pursuing a certificate in African American Studies. “Who doesn’t want to be around black womxn who give off good energy, especially at a PWI [predominantly white institution]?” she said. “I'm always so structured, everything in my life is so structured and so by the book but it's important to take time to truly assess your spiritual wellness and your mental wellness and really for me that’s what Zaria is.”

For Ashleigh Karigambe, a graphic design student, Zaria brings connection. “I wanted to have more connections with people like me, young ladies in the African American or black African community,” she said.

The executive board works to make Zaria a comfortable, inclusive setting for attendees. And with the help of third-year nursing major Savanna Ranger they’re doing the same for the community. As a first-year student on the Phoenix campus, Ranger didn’t see many womxn who looked like her. She felt discouraged and disconnected. After Ranger heard about Zaria and started attending meetings, she jumped at the chance to get involved. Last semester she was the executive board’s public relations coordinator but this semester she became the community outreach chair. Now Ranger has made meaningful friendships. Zaria’s first outreach event of the semester was with St. Mary’s Food Bank.

For more information about meetings and events follow @zaria_asu on Instagram. Zaria’s next general body meeting will be co-ed and on Oct. 16.