Sun Devil Gal Rubanenko knows a thing or two about forging a path. Though she’s spent the last 14 years forging a path for herself in triathlon she said she is still considered “a baby in the sport.” Along the way, she has served her native Israel in the military and competed on the Israeli National Triathlon Team.

“Triathlon was at the center, and everything else was surrounding that. School was on the side, friends. I had to give up a lot cause I was so dedicated. I still am. That’s all I could think about, especially being a teenager. I was like, that’s what I want.” 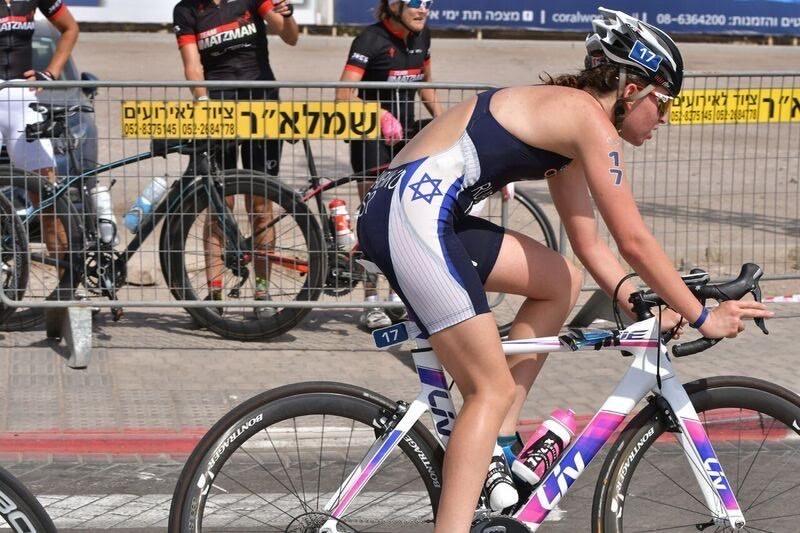 Gal Rubaneko competing in a triathlon

After four years of professional training and competing, Rubanenko completed mandatory service in the Israel Defense Forces, where she had to choose between the dreams she had as a little girl and the ones she had as a young woman.

“I remember as a child I was dreaming to be a pilot in the air force and then you get to the point where you have to decide if you want to keep going with the sport or if you want to choose the army,” Rubaneko recalled. “It’s two different directions. They’re both very determined. You can’t do both.”

Ultimately she chose the sport she loves.

“Back then, it was obvious for me I was going with the sport,” Rubanenko said.

“I had a really good year when I was 17, and I have been dreaming of the Olympics ever since I was 16; I want to get to the Olympics.”

She had made up her mind, and by age 19 she was researching collegiate triathlon programs. Rubanenko only wanted to join the best. She said she performs best in a program, so combining her studies and her training killed two birds with one stone. Known for his coaching stylings decades before becoming the head coach of ASU’s Women’s Triathlon team, Cliff English got Rubanenko’s attention and soon after she would have his.

When she heard that he remembered her from competition and that she could join the team at ASU, she was thrilled.

“I was jumping from happiness that day. I was like, ‘Oh my gosh! This is crazy!’ I didn’t want to settle for anywhere else. I was like ASU or nothing else. From the beginning I was like, I’m not going anywhere besides number one.”

Rubanenko became a Sun Devil, and she’s currently a biomedical sciences sophomore at ASU. As a student athlete, she competes in sprint triathlons with a 750 meter swim, 20 kilometer bike ride and 5 kilometer run. The Olympic distance is twice that for each event.

The ASU Women’s Triathlon team is number one on the racecourse (they’ve held the national title for the last four years) and in the classroom. Rubanenko said the team has a 3.9 GPA, the highest GPA for any group of student athletes on campus. That’s with an intense practice schedule to balance.

“We have five swims a week; each practice is an hour fifteen. We bike four times a week and we run four to five times a week too,” Rubanenko said.

Sundays are a day off, so athletes do their own thing or go on a bike ride together. Rubanenko has found that many people think triathlon is a sport you compete in alone. But she sets the record straight by describing how important the comradery of her teammates is during training.

“During training we’re going to encourage each other and someone’s going to say, ‘Let’s go ladies! We can do it! You all got it!’ That’s what makes the team good.”

An amazing work ethic and a healthy team spirit are what has the ASU Women’s Triathlon team winning sprint distance championships year in and year out.

Competing in the Olympics would catapult Rubanenko’s performance on the world stage, but at home she’s already leading the way for future women athletes.

“I just started my second year here and I hear about so many girls from home who I know and they keep talking to me and asking me questions,” Rubanenko said. “They’re all trying to go to college and that’s cool. I’m really happy to hear when someone is trying to get in and applying to school.”

She did it, and now others are following. The next stop is the Olympics. It will be interesting to see who follows in her stroke, trail and footsteps.

“I literally opened the route to other people,” Rubanenko said. “It’s always scariest to be the first one.”