Between his birth in Haiti and becoming a Sun Devil, junior Lincoln Augustine’s path took him from working on a farm through deportation centers, dangerous sea voyages and the American foster care system before his arrival at ASU. Now he is in Tempe studying criminal justice and advocating for student wellness.

Growing up in Haiti, Augustine experienced physical abuse, neglect and hunger. He bounced around from home to home, and Augustine remembers watching other children attend school and read books and wishing he could do the same. With dreams of getting an education, he immigrated to the Bahamas on his own at age 12, and after twice being deported back to Haiti, his first experience with education began at a private school, which he paid for by bagging groceries. 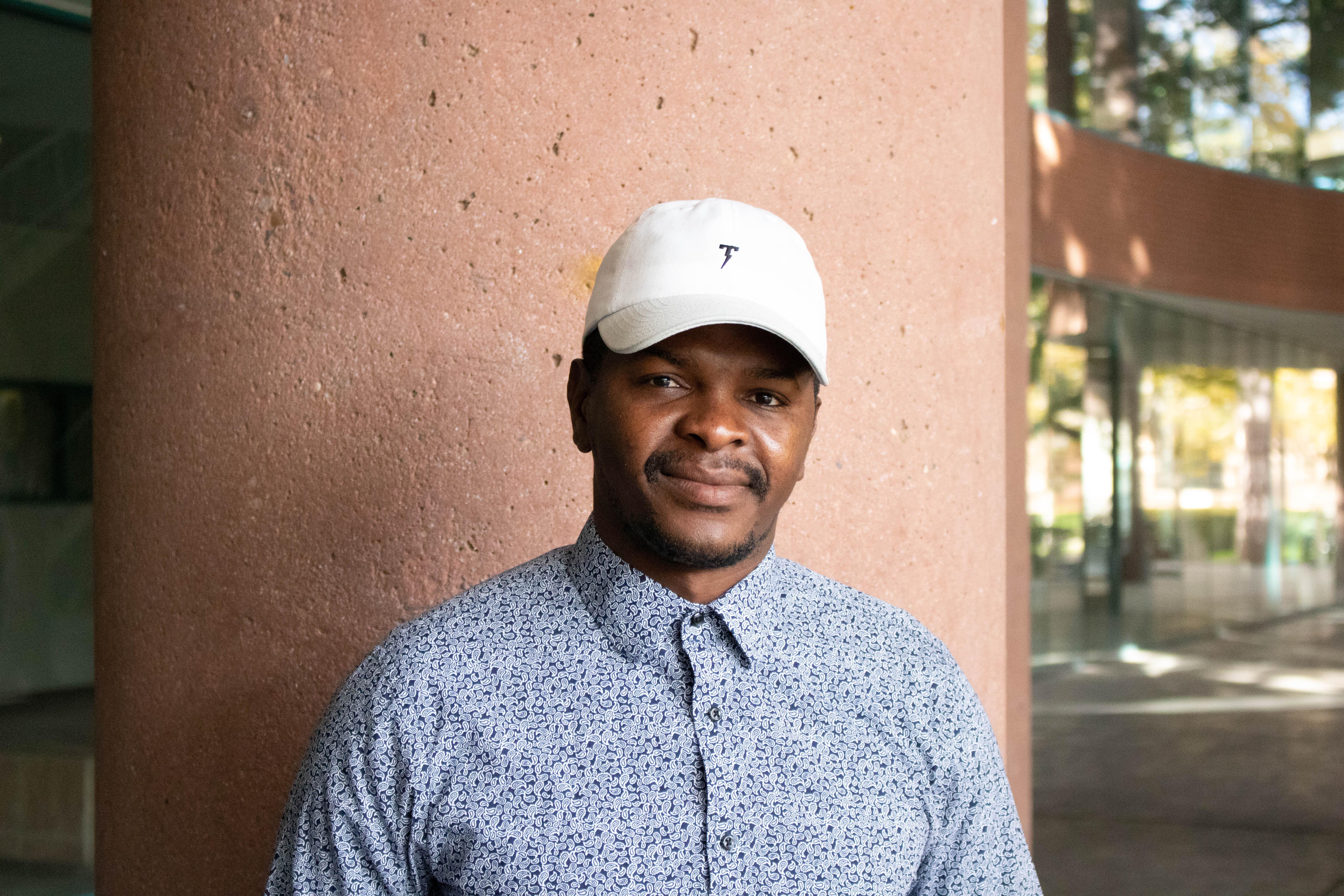 Lincoln Augustine is studying criminal justice and plans to be a school resource officer someday.

While still a teenager, he embarked on a journey that led him to the United States. In a boat with 57 others, he sailed for seven days across dangerous waters before landing in Miami Beach. Almost every passenger was caught by immigration authorities that day, including Augustine, but he wasn’t deported this time. As a minor, he was placed into the foster care system and moved in with a family in New York.

High school was an enormous challenge. When he arrived he didn’t know the alphabet and spoke very little English (he grew up speaking Creole). He even changed his surname to Rena because Augustine was too difficult to spell. After five years of high school and intensive, one-on-one instruction by dedicated teachers, he was admitted to college in New York, became an American citizen and changed his surname back to Augustine.

Drawn to Arizona by the weather, he decided to transfer to ASU to study criminal justice. Remembering how much educators in the United States changed his life, he decided he wanted to focus his career on giving back to young people.

“My goal is to become a resource officer and work in a school,” he said, “because I want to use my story to try to make a difference in other young people’s lives.”

Augustine is already making a difference. As a vice president in the Residence Hall Association and a desk assistant with University Housing working in Sonora, Augustine is passionate about encouraging well-being among his fellow Sun Devils. After staying up late at night talking with residents about what they were stressed about — from classes to feeling like they didn’t belong  — Augustine decided he wanted to do something more.

“I want to get them the help they need,” he said. So he brought in speakers to talk about counseling services offered at ASU, hosted a painting activity, as well as an Olympics-style event between the Sonora and Adelphi residential community members as interactive opportunities to have fun and de-stress.

When he’s not working at Sonora or in class, Augustine also works as a shuttle driver at Sky Harbor Airport. After paying for his own living expenses, he sends the money from his two jobs to his mother in Haiti, whom he hopes to one day bring to the United States.

Despite the challenges he has faced, Augustine is dedicated to spreading positivity and motivation. He said he’s the type of person who will go sit with someone who is by themselves to just make a new connection and make someone’s day better.

“I’m not sharing my story with people to make them feel sorry for me but to let them know that life can be difficult, life is going to throw all kinds of things at you, but you can use it as a motivation to change other people’s lives,” he said.

Augustine stresses the importance of a positive mental attitude.

“Everybody thinks you need money or to be rich,” he said. But regardless of financial status, he said you need to take advantage of the resources you have and run with them.

“I feel like I’m living the same life that everyone else is living. I’m making friends, I’m building relationships and a foundation for my future. I’m not money rich but I’m people rich. That’s how I look at it,” he said.