While concussions are common—it’s estimated that up to 3.8 million concussions occur annually in the U.S.—the injury’s lasting effects are not as widely known or understood.

Stephanie Cahill, a junior studying psychology at ASU, is trying to change that.

Cahill had three concussions between the ages of 14 and 16 playing volleyball, but her third was more severe. It impacted her frontal lobe, which operates executive function, judgement, attention span and fight or flight responses.

A big part of her identity was as an athlete, but her injuries prevented her from pursuing the sport and also affected her academics.

“I didn’t feel like I could look in the mirror and know who I was anymore,” Cahill said of the concussion. “This lack of identity and constant struggle with daily activities caused me to experience large amounts of depression and anxiety.”

While Cahill tried to keep her story between herself and those close to her during high school, when she came to ASU she decided to make a change, working as a mental illness and concussion advocate. 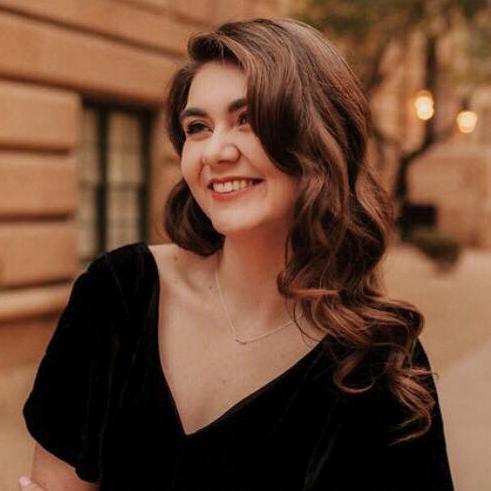 At ASU she serves as the president of the student group Active Minds, which aims to reduce the stigma around mental health issues. She also participated in National Concussion Awareness Day in September.

“I want people to know my story and others’ stories who had similar experiences,” Cahill said. “Not many people understand all aspects of a concussion and the future impacts it can have. It’s kind of a joke in today’s culture and not taken as seriously as it should be.”

To raise awareness regarding support and resources, Cahill launched the Mental Health Conference at ASU last year, which featured mental health experts and students who shared their experiences in an open, safe and fun environment. The 2019 Mental Health Conference and was co-sponsored by Undergraduate Student Government was presented Feb. 26 in the Student Pavilion on ASU’s Tempe campus. Featured presenters included representatives from March for Our Lives, the Crisis Response Network and the National Alliance on Mental Illness, as well as ASU students from mental health and wellness organizations on campus.

Cahill noted that many are unaware of the emotional and cognitive effects that can accompany the physical impacts from a concussion. She said that while she still faces the same issues, she has found ways to cope with them and move forward.

“I now help others see that in themselves, whether it is from concussions or brain trauma, mental illness or anything else they are dealing with,” Cahill said. “There is always a way to make things better.”

Cahill said that her work as a mental health and concussion advocate has helped her become more comfortable with her own experiences. She hopes to replicate that for others by opening up the discussion about mental health and brain trauma.

“I felt different and weird, but once I started telling people (about my story) the most amazing thing happened,” Cahill said. “I found others who knew how I felt and I was not alone.”

If you are experiencing depression or anxiety, help is available at ASU Counseling Services and ASU’s 24-hour Crisis Line at 480-921-1006.You can also call the National Suicide Prevention Lifeline’s 24-hour hotline at 1-800-273-8255.