When junior forensic psychology major Sarah Selman transferred to ASU this fall, it was quite an adjustment. Coming from a small town in Kansas with a population of only 7,000, she was now part of a big, bright student body, including 5,150 students who transferred to ASU last semester alone.

“It was a little daunting because of the town I grew up in,” she said. “Going from that to this metropolitan area was huge.”

Booth moved to Arizona in 2016 after her husband, an active duty member of the Air Force, was assigned to Luke Air Force Base. While working in the counseling department at Glendale Community College, one of the counselors, who was getting her doctorate from ASU, became her mentor and “opened the door to ASU” for Selman. 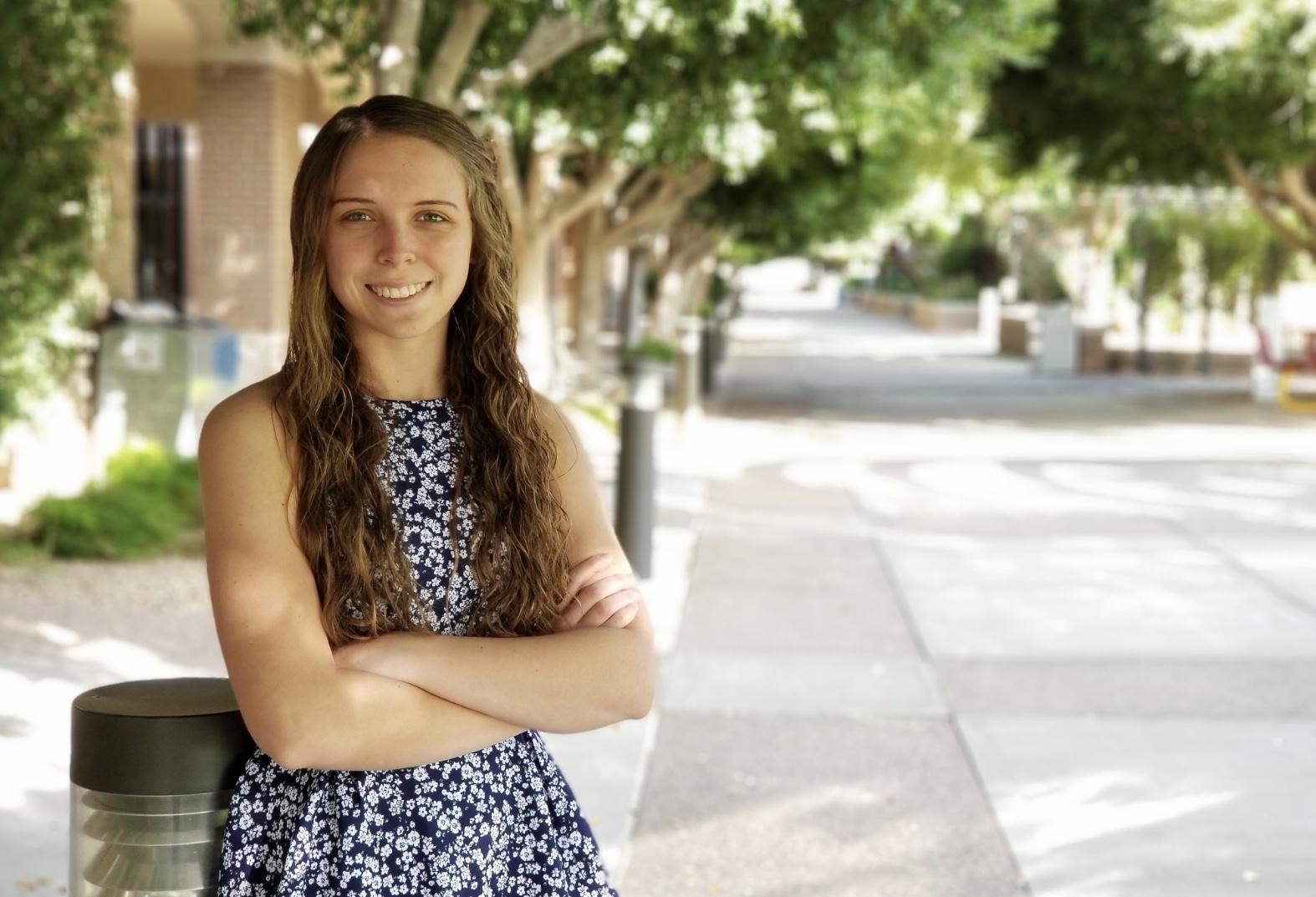 “When I was first trying to figure out where I wanted to go from GCC, I knew I wanted to get my bachelor’s, but not being from the area I really had no idea where to start,” she said.

“I talked to [my mentor] a lot about my concerns about coming from this super small town because I heard that ASU has 100,000 students total, which was really overwhelming,” she said.

Selman’s mentor pointed out that ASU’s West campus is a smaller and more intimate community. “Once I set foot on campus and met my advisers and got the feel for it, I knew that it was the right place for me,” Selman said.

Her favorite part of being a Sun Devil, she said, is her job on campus in the Office of Student Engagement, which led her to attend student events and become involved in the ASU community.

She credits her job for keeping her in the know about her favorite campus activities, such as football games, Devils on Mill and club events. “That made it very easy to be very involved, and it made it feel like home already,” she said.

With the ultimate goal of going into criminal law, after graduation she plans to earn her master’s degree in forensic psychology through ASU Online, and, after that, attend law school.

It was lucky that ASU happened to also be one of the only places Selman could find that offered the exact major she wanted before pursuing a career in criminal law. “I’m just very very thankful that ASU has opened that door for me and allowed me to realize that I can pursue exactly what I want to do,” she said.