Battle of the Bands wrapup: Who is opening for Galantis at Devilpalooza?

The stage is set. The crowd is here. It’s all come down to this. The winner of the Battle of the Bands competition at Spring Fest will open for Galantis at Devilpalooza 2019.

Four finalists took to the stage on a chilly night for the chance of a lifetime after each won individual Battle of the Bands contests at each of Arizona State University’s four campuses. The contest was part of Spring Fest on Feb. 6, hosted by the ASU Downtown Phoenix campus Programming and Activities Board. Previously known as Passport to Phoenix, the event featured local food in addition to live music at Civic Space Park. 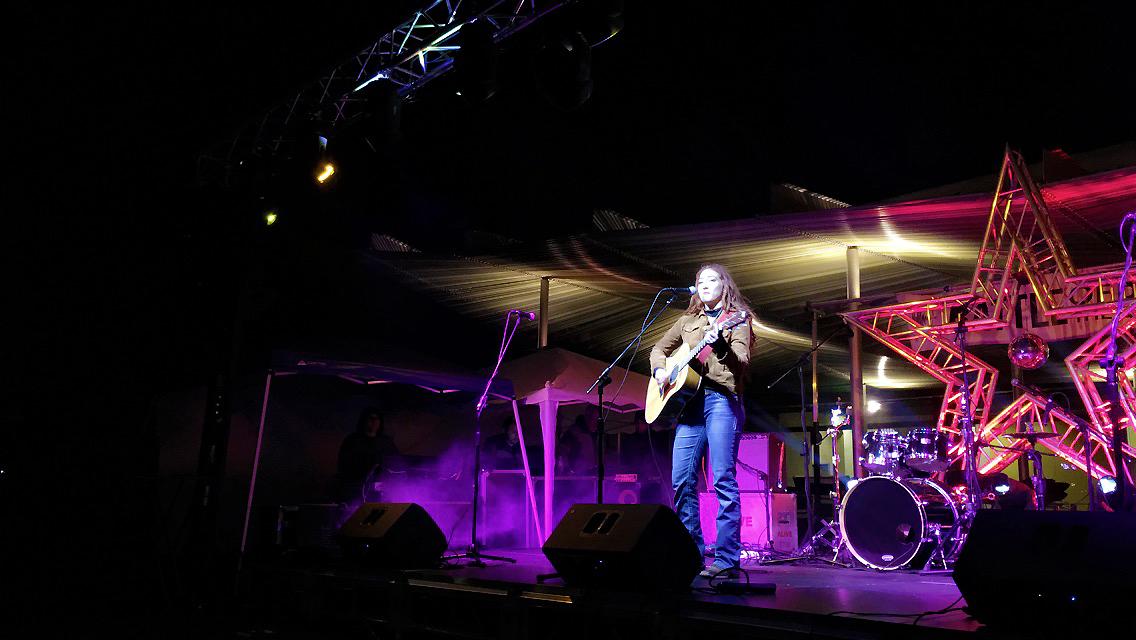 The audience and three judges then got to decide the winner after enjoying free food and activities at Civic Space Park.

Analog Outlaws, who changed their name after Wednesday’s competition to Eddie Eberle (named after a singer in the band), opened with a few covers and also played original tracks. The band won the Downtown Phoenix Campus Battle of the Bands competition.

Eberle, who is a freshman studying business entrepreneurship at ASU, said a lot of hard work went into the band’s performance.

He said opening up for Galantis would be exciting because they would get to play in front of thousands of their peers.

“I think also just being able to play on a stage like that would be another great experience,” he said.

Eddie Eberle have played more than 150 shows and have been recording with Grammy-nominated producer Johnny K, who has worked with artists such as the Plain White T’s.

“It’s a big show for us, because it really allows us to show what all the hours and hours of practice that we put into it is a result of,” Eberle said.

He describes his group’s music as rock with a mix of country and pop.

“It makes you want to jump up and down and have a good time,” Eberle said.

Tews, who is a freshman studying electrical systems engineering and won the ASU Poly campus Battle of the Bands, said she’s always wanted to be onstage and that performing is a dream she’s always had.

“I finally got my hands on a guitar when I was 14, and since then I’ve been playing gigs and just being onstage as much as I can,” she said. Tews performed covers and original music during the competition.

“It’s hard to find me without my guitar in my hands,” Tews said.

Tews said opening for Galantis would mean a lot because she has no hearing in her left ear.

“To have that way to reach people and to inspire them, to say hey, you might have this obstacle, but you can push through it and it is possible to go after what you want, then that’s what it would mean to me,” Tews said.

Gabe Corgan, who is an ASU alumnus who studied electrical engineering, performed with the group Room 4, which is made up of current ASU students as well. The band won the Tempe campus contest.

Room 4 is a hip-hop group mixed with soul, R&B, rap and a little bit of rock.

Corgan said he was excited to perform at Spring Fest because the group put a lot of work into their show.

“Each week we keep getting better, so we’re excited to get out there and compete,” Corgan said. He said the group would love an opportunity to perform in front of a larger audience and grow their fan base.

SubContra is a rock band who won West Campus’s Battle of the Bands. The group is based out of Phoenix, according to their Facebook page.

And the winner is … Eddie Eberle!

Devilpalooza will be hosted on the Sun Devil Fitness Complex Field Feb. 16 by the ASU Programming and Activities Board and along with music will include food vendors, art exhibits and other activities. Tickets are sold out.