Ember Chasm Review, a safe haven of art in the desert

If you’re a writer or visual artist and haven’t heard of Ember Chasm Review yet, you’ll likely be sending out your submission by the end of this article.

Founded by Sun Devils Miranda Williams and Nathaniel Buckingham, Ember Chasm Review is a safe haven of art in the desert, a magazine like no other. Having recently finished her BA in English literature, Williams is currently working on her master’s in English at ASU. Buckingham is a senior creative writing major at ASU. 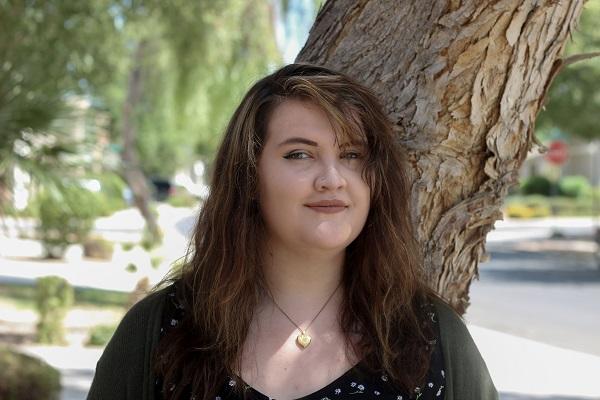 Ember Chasm took the literary community in Tempe by storm with the release of their first issue last March. Summer poetry and fiction contests and their second magazine release continued the positive momentum into this fall.

“We’re a halfway house for the weird, wild and unwanted art of the world; a cozy fireplace corner for the experimental and avant garde. People talk about pushing the envelope, but we’d prefer to light the envelope’s fuse and stuff it in a mailbox, then measure the shape of the explosion,” Buckingham said.

When asked why their magazine was created, Williams jokingly remarked, “We wondered what it would be like to go through hell and decided to create that experience for ourselves — there’s no deeper level of pain and darkness than two full-time, broke college students taking on the back-breaking responsibilities of a literary magazine, responsibilities usually left to an entire team of published professionals.”

For the three months before launching their website, Williams and Buckingham worked 10–16 hour magazine shifts several times a week. Surrounded by endless coffee cups, sometimes short fuses and stacks of budget plans and idea outlines, the pair labored over Wordpress, taught themselves to be entrepreneurs and learned the practices of graphic design, marketing and partnership, along with a mountain of other things.

“But seriously, it’s a hell we love,” Williams said. “We’re masochists for story, for art. We wanted to read good stories and share them with the world — such pleasure must be accompanied by pain. So far, it’s been an exhilarating burn.”

They were terrified that, after all their hard work, they’d receive no submissions. However, within the first month of opening, they were swamped. For their first issue, they had about 300 fiction submissions and five times that for poetry.

“Narrowing all those submissions down to six stories and 10 poems was incredibly difficult, but in the process, we were able to read and enjoy several universes of fantastic work,” Williams said.

Buckingham said that the most enjoyable aspect of starting and running a literary magazine has been diving into the original worlds of so many different people’s stories. 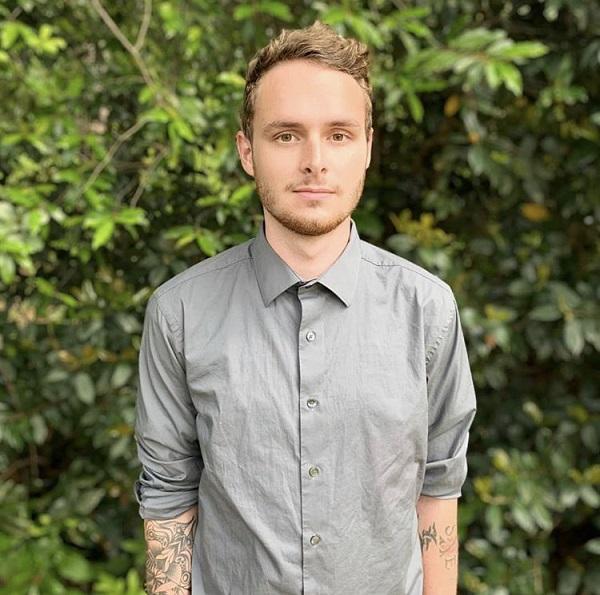 “Humans are an endless well of art, and it was aweing to experience the sliver of it we did. Beyond reading, we loved the process of actually formatting the first issue: choosing the cover, pairing photos and paintings to fiction, ironing out the order and placement of content. While literary magazines all follow certain standard paths of construction, there’s still unlimited potential to leap off them into the wilderness and get creative. That degree of creativity, as artists ourselves, was extremely fun to play with.”

Writers and visual artists can submit their work to Ember Chasm on the publication’s website or  Submittable page. They accept short stories, poetry, essays and visual art for general publication in their quarterly print issues and in addition, they also host periodic fiction and poetry contests. You can find updates on their Instagram and Facebook accounts and their website.

Buckingham says that with Ember Chasm, he and Williams wanted to sculpt a space for emerging and unpublished authors.

“As editors, it is important to us to give a voice to all artists regardless of publication history, status and those occasional spelling mistakes that slip inside a manuscript. An entertaining story is an entertaining story, much like a rough-edged statue is still a statue — perfection lies in creation itself. And yet, for anyone who needs a hand in sanding, in smoothing their statues, we offer editing and review services because, as writers, we all sometimes need other eyes on our work,” he said.

After her MA, Williams plans to enroll in a MFA program for fiction. She is currently working on a novel and compiling her published short stories into a collection tentatively titled “Those Who Grow Horns.” After graduation, Buckingham plans on pursuing an MFA in creative writing. He is currently finishing up the first draft of a poetry chapbook centered around food, devouring and hunger titled “We All Need to Eat.” He’d also like to publish a slew of novels and a pile of short story collections.

As for the future of Ember Chasm, Williams and Buckingham want to start hosting poetry slams and other community events around Arizona, when it is safe to do so. In the meantime, they believe that providing an outlet for art is an important community building effort. Williams said that art and writing are so necessary because as humans, we are natural storytellers, and that’s what drives her to want to share people’s experiences and art.

“Writing and storytelling has the ability to change us, move us. It can give voice to the voiceless — emotions that hurt or massage, experiences that can’t otherwise be conveyed — and, through their speaking, help us through them,” she said. “They are a connection not only between writer and reader but a doorway into the greater fields of humanity, a promise that we’re not alone, that someone else has felt the way we have before.”